The cause of death was not announced.

A former pinup model, Riley won the beauty pageant in her hometown of East Liverpool, Ohio. In 1937, she was runner-up in the Miss Ohio Beauty Pageant. She also did some modeling work in New York City.

Her first movie role was in 1944's "Higher and Higher," a musical that also starred Frank Sinatra in his debut movie role. Other credits, mostly in small roles, include "The Stork Club," "Texas Bad Man" and "Pardners."

After signing with Paramount Pictures in 1946, she became the leading lady for Westerns that featured Hopalong Cassidy, played by the actor William Boyd.

Starting in 1951, she co-starred on the TV Western series "The Gene Autry Show," "The Range Rider" and "Hopalong Cassidy."

Riley received the Golden Boot Award in 2004. The award goes to actors and crew members who have made important contributions to the genre of Western movies and TV programs. Other recipients of the award that year were fellow actors Pat Hingle, Noel Neill, Gale Storm and Val Kilmer.

She was preceded in death by her husband of more than 45 years, actor Richard Martin; he died in 1994.
Published by Mercury News on Dec. 28, 2015.
MEMORIAL EVENTS
MAKE A DONATION
MEMORIES & CONDOLENCES
23 Entries
Valenda Newell
December 1, 2016
Elaine was a beautiful, original and incredible person. Proudly I call her my cousin. My condolences to Barbara and her family.
January 7, 2016
Dear Elaine,
You were so very sweet the times we met at Hoag. I will miss you.
Nick
January 3, 2016
Alice Guckian Queen
January 2, 2016
Pat Buttram and Denver Pyle with hats off, at heart. Are welcoming this princess of the prairie to her Pleasantville eternal reward.
Jimmy Carothers
December 31, 2015
In this sorrowful time, I would like to extend to you my heartfelt condolences. May God comfort you and your loved ones. Psalm 34: 18
Jeneva Thomas
December 31, 2015
What a long Wonderful lived she lived 98 year old she was especially strong psalms 90: 10
December 31, 2015
sincere condolences for you family.
Gail
December 31, 2015 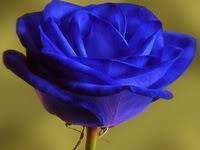 I send my thoughts of courage and peace during your difficult time. I hope you find the comfort you need to get through this hard time in your life. Matt 5:4
Tyeka McGuire
December 30, 2015
Riley family and friends. I'm sorry for your loss. May the God of comfort be with you all in this diffcult time.
( 1 Peter 5 : 7 ).
December 30, 2015
Dear family:

Elaine was an elegant woman with a beautiful smile... Please accept my sincere condolences for your loss. May you be granted the comfort that our loving God exerts to those who are facing the loss of their loved one, while you cherishes the good moments that Mrs. Elaine enjoyed with you...
December 30, 2015
sorry for your loss
Jeneva Thomas
December 30, 2015
My sincere and deepest condolences to the family and friends of this beautiful and talented actress. Ms.Riley you will be greatly missed yet fondly remembered. May You Rest in Peace...
Jay Payton
December 29, 2015
As I reminiscence my youthful TV watching days, I can earnestly say that I thoroughly enjoyed Ms. Riley's characters in all of her western roles. Loved ones, cherish the many memories you shared with her and allow the peace of God that surpasses all understanding to guide you through your grief. My deepest sympathy for your loss!
Brenda Carter
December 29, 2015
Condolence and sympathy to the family,and friends......
December 29, 2015
Rest in Peace
Scott Chamberland
December 28, 2015
Wow what a long and hopefully wonderful life. May family , friends and fans always keep the fond memories close in their hearts and minds at this time of deep sorrow. God love and care for you.
December 28, 2015
My condolences to the family on your loss. I hope you will find comfort in God's promise at John 11:24,25. Knowing that there is a future for those we have lost in death can be very reassuring. Doesn't this promise just fill us with hope?
D S
December 28, 2015
With deepest sympathy on the loss of your love one. May it comfort that Elaine Riley return to the days of her youthful vigor as promised at Job 33:25
jw
December 28, 2015
Thank you for sharing a part of your life with us.
Harry Simpson
December 28, 2015
May your hearts soon be filled with wonderful memories of joyful times together as you celebrate a life well lived.
December 28, 2015
Ms. Riley was my favorate actress. I miss the good ole' days of the best movies.
Reeb Zee
December 28, 2015
We'll miss you !
Adrian Barnette
December 28, 2015
Showing 1 - 23 of 23 results