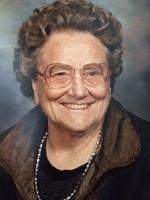 BORN
1918
DIED
2014
Jane Garrod
August 12, 1918 - July 15, 2014
Saratoga
Jane Garrod painted her last watercolor surrounded by family on July 15. Always a visionary and creative spirit she raised six children, the wife of a farmer and was active in several local and national boards.
Jane was born in San Francisco and graduated from Los Gatos High School, Stanford Nursing School, and UC Berkeley. She married her high school sweetheart Vince Garrod in 1941.
They settled on the family prune and apricot farm and shared 71 years of active ranching, farming, and community service. She was active with PTA, 4-H, AAUW, Stanford Nurses Alumnae, Saratoga Community of Painters, SFC Women's Circle, Castle Rock Horseman's Association, and one of the founders of the American Vaulting Association and Clover Foundation
Her legacy continues on in her children Peter and Nora Garrod of Honolulu HI, Tim and Marge Garrod of Doyle CA, Jan and Betsy Garrod, Vicky and Bill Bosworth, Emma and Scott Seely, Christina and John Cagliostro, residing in Saratoga. Grandchildren Melissa and Luke VanLaningham, Luke and Jessica Garrod, Amy and Don McMillan, Trevor Garrod, Cory Bosworth, Rita Bosworth and Justin Williams, Andrew and April Bosworth, Spencer and Hamed Dehnavi, Ian Garrod, Alexis Garrod, Sarah Baldwin, Cpl. Danny Baldwin, Gianna Cagliostro, Ryan Cagliostro, and great grandchildren Nathan, Colton and Quinn VanLaningham.
Her creative and industrious spirit will be missed by all those who knew her. Friends and Family are invited to a Celebration of Life on Sunday, July 27 at 2 p.m. at Saratoga Federated Church 20390 Park Place Saratoga, and reception to follow at her family's farm and winery: 22645 Garrod Road Saratoga
Donations can be sent to the Clover Foundation http://thecloverfoundation.org/donate/
To plant trees in memory, please visit our Sympathy Store.
Published by San Jose Mercury News/San Mateo County Times on Jul. 19, 2014.
MEMORIAL EVENTS
Jul
27
Celebration of Life
2:00p.m.
Saratoga Federated Church 20390 Park Place Saratoga
, CA
MAKE A DONATION
MEMORIES & CONDOLENCES
Sponsored by San Jose Mercury News.
15 Entries
We're so sorry we won't be able to attend the Commemoration of Jane's life later today. I (Rhoda) knew the Garrod children, Vince, Dick, and Louise, when we all attended the Saratoga school together, and later met Jane at Los Gatos High School. Vince couldn't have chosen a more perfect addition to the Garrod family. Jane's hospitality, hard work, and commitment to community service fit right in to the farm on Mt. Eden Road. She will be sorely missed -- by our family, as well as by the Saratoga community at large. Our love and sympathy to the whole clan, from Rhoda Porter, Karen Porter MacQueen and David MacQueen
Rhoda Porter
July 27, 2014
What a wonderful woman Jane was. I feel blessed to have purchased one of her paintings. Big loss for those of us who knew her as a strong leader for the vaulting community. So sad to see that she has passed.

Deborah Schade~ Coach of Victory Vaulters
Deborah Schade
July 26, 2014
Hello to you all of the Garrod clan. My children enjoyed many hours, exercising the privilege of being at Garrod Stables with their pony, Jolly Rodger, and competing in many horse and pony shows in your fantastic arena. Too, though we belonged to separate 4-H clubs (Saratoga and El Sereno)the true "head, heart, hands and heath" pledge acted (and acts still) as a beacon for our lives. And Jane and Vince were always the essence of the 4-H way. What wonderful, abiding people! From your neighbor across the valley--Audrey Carlson & family, formerly of Pike Road.
July 26, 2014
Mrs. Garrod was a strong and wonderful lady and surely influenced my life growing up. I always enjoyed riding my pony to her home and hanging around with her and the family. She always had a story to share and words of wisdom and advice. She is missed but will always be in my thoughts and heart. Many condolences to her lovely family. Love always, Terry Cuneo
July 26, 2014
She was beauty, strength, creativity and love personified.
T.A. Sampson
July 26, 2014
Jane and Vince were pillars of the Saratoga community and will be sorely missed. With Jane, we have seen the last of the strength of that generation. Love to all the Garrods
Chris Hogg-Daly
July 24, 2014 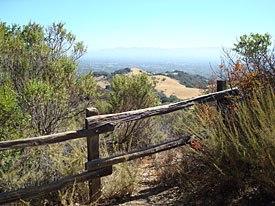 I have known and loved Jane my entire life. She always had a warm greeting with a big smile for me when I saw her. She was happily married to my Grandmother Maisie's nephew, Vince for many years. I have fond memories of both of them that I will always cherish, especially the dinners together in Beverly Hills, where we discussed horse manure with a waiter but most recently seeing Jane last year when she let us bring two ponies down to the winery to visit her. Jane and Vince will forever be watching over the Garrod Ranch.
Mary Ann Anderson
July 24, 2014
I was so very sorry to hear of Jane's passing. She was such a positive influence on so many people. Everyone loved her. That's quite a legacy. Stephanie Siemens
July 23, 2014
Thank you, Jane, for all the wonderful times at the vaulting competitions at Garrod Farm, for your kind words, and that you always made me feel welcome and included. You were a truly special person and knowing you a blessing to us all.
Nina Wiger
July 21, 2014
Jane always greeted you with a inviting smile to Garrods. RIP Jane.
David Long
July 21, 2014
Very sorry to hear of Jane's passing. Our thoughts and prayers are with you Tim, Marge, Melissa, Luke and the entire Garrod Family.
Sincerely,
The Mike English Family and Gilbert Azevedo
July 20, 2014
Vicky, I'm impressed by all that your mother accomplished in her life. Her best memorial is the family she leaves behind--all of the good they are doing in the world, and the kind people that they are.
Laura Nielsen
July 20, 2014
Please accept our most heartfelt sympathies for your loss…our thoughts are with you and your family during this difficult time.

Walter and Sandy Wood, Livermore, CA
July 20, 2014
It is with great sadness and tears to lean of the passing of my loving & dedicated neighbor Mrs. Jane W. Garrod. I had known Jane since I was 3 years old, when 'we' family moved from Los Gatos the Mt. Eden Hills.Jane & her late, great husband Vince provided my parents, Dr. Arturo & 'Peppina' Fallico and family a rich verbal history of Mt. Eden road and Santa Clara County. She will always be remembered as a kind friend, and excellent artist, community leader, and role model to many.
I will always love Mrs. Jane W. Garrod
Arturino Fallico
July 20, 2014
Dear Vicky; I'm so sorry for the loss of your dear Mother. Remember when we were in Turkey she would draw the places that we visited? My heart and love are with you.
MaryAnn Bekowies
July 20, 2014
Showing 1 - 15 of 15 results