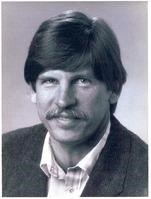 BORN
1944
DIED
2021
FUNERAL HOME
Oak Hill Memorial Park & Mortuary
300 Curtner Ave
San Jose, CA
John Franklin Atwood
Dec. 8, 1944 - May 4, 2021
Resident of San Jose
John F. Atwood – Entered into rest on May 4, 2021 at his home in San Jose. Born December 8, 1944 to his parents Edward F. and Anne E. (Pattridge) Atwood in San Francisco, California. He was 76 years old and lived in San Jose for 63 years. A graduate of Camden High School and San Jose City College. He was a longtime member and docent for the New Almaden Quicksilver County Parks Association and a member of the Cambrian Art League. He served as a Quartermaster during the Vietnam War aboard the USS Gridley (DLG-21) where he became an Honorable Shellback in the realm of King Neptune. He was 'The Last Mine Surveyor on Mine Hill' having worked for 2 years as an assistant mine surveyor at the New Almaden Quicksilver Mines before a 33 year career as a Land Surveyor (LS 4682) for the Santa Clara County Surveyor's Office and Santa Clara County Roads and Airports, retiring in 2002. He was preceded in death by his brother Robert Atwood. He is survived by his son Erik, brother Fred Atwood and nieces Alicia Potes and Lynette Galindo. He will be laid to rest next to his 'Little Pretty' Jeanne Carevic who was his significant other of 31 years and preceded him in death on April 8, 2011. John loved art, oil painting and traveling the world with his teacher and the love of his life 'Little Pretty.'

Published by San Jose Mercury News/San Mateo County Times on May 16, 2021.
To plant trees in memory, please visit the Sympathy Store.
MEMORIAL EVENTS
To offer your sympathy during this difficult time, you can now have memorial trees planted in a National Forest in memory of your loved one.
Funeral services provided by:
Oak Hill Memorial Park & Mortuary
MAKE A DONATION
MEMORIES & CONDOLENCES
Sponsored by San Jose Mercury News.
2 Entries
We love you, Uncle John.
Alicia Potes
Family
June 7, 2021
John's love for Jeanie was inspiring. His transcription of her trip to Woodstock amused every one who read it. His organization of the maps in the museum is a great value to the archives. When asked to speak at a Pioneer Day, quiet John surprized us all, especially Jeanie, with a long and interesting speech.
Bye John.
Robbie Lamons
Friend
May 7, 2021
Showing 1 - 2 of 2 results