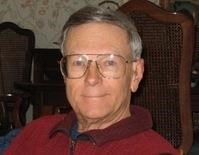 BORN
1935
DIED
2019
Joseph Clevenger
Jul. 30, 1935 - Oct 1, 2019
Saratoga
Joe Clevenger, age 84, passed away on Oct 1st from Alzheimer's disease. He was preceded in death by his brother, George. He is survived by his 3 children: Jeff, Steve and Kristin, and his wife of 60 years, Martha (Marty).
Born and raised in Muncie, IN, the older son of a doctor and a nurse, he ventured to the Northeast to pursue his lifelong love of learning, completing his BA at Princeton and MD from Columbia. While back in Muncie for summer break from college, his next door neighbor introduced him to her sorority sister from nearby New Castle, and that is when he met the love of his life, Marty.
They married 3 yrs later in 1959, lived in New York, moved to Chicago for his residency, spent 2 yrs in the Air Force in Missouri, and then in 1967, Joe began his OBGYN practice with Kaiser Permanente in Santa Clara. He had roles as acting chief, and assistant chief of the OBGYN department during a time of dynamic patient growth. Over the next 29 years, he became a favorite of patients and colleagues for his likeable, down to earth style and dedication to his calling of caring for others. He and family members were often cheerfully greeted by patients when he was out in the community.
With his family, he passed on his love for the outdoors, travelling and learning, and his favorite team, the 49ers. They enjoyed family camping trips with the Sierra Club and to National Parks, trips during the bicentennial to see and learn about America's history and many Sunday afternoons cheering on the 49ers during the Candlestick years.
After retirement, he stayed active hiking with retired former colleagues, meeting with the Saratoga Men's Club and staying involved with Saratoga Sister City. He enjoyed travelling to see old friends and family across the country, and experiencing different cultures all over the world, including several trips to Japan with Saratoga Sister City.
The family would like to thank the wonderful care he received in his later years from Ana, Blanca, Rosie, Fernando, TC Homecare and Heartland Hospice.
He will forever be remembered for his love of people, his natural desire to put others first, his sense of humor, and his kindness.


View the online memorial for Joseph Clevenger
To plant trees in memory, please visit our Sympathy Store.
Published by San Jose Mercury News/San Mateo County Times on Oct. 8, 2019.
MEMORIAL EVENTS
No memorial events are currently scheduled.
To offer your sympathy during this difficult time, you can now have memorial trees planted in a National Forest in memory of your loved one.
MAKE A DONATION
MEMORIES & CONDOLENCES
Sponsored by San Jose Mercury News.
1 Entry
Great person, Dr. Joe. Easy to like and always ready with a smile. We rapidly liked each other, took long walks together where we shared ideas about all sorts of subjects, and shared our love for his beloved daughter Kristin. I am going to miss him...