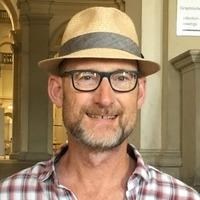 BORN
1959
DIED
2019
Mark Brandemuehl
July 4, 1959 - October 20, 2019
Mountain View
Mark Brandemuehl, 60 of Mountain View, California passed away on October 20th, 2019 in Phoenix, Arizona due to complications from injuries sustained in a single engine plane crash in June.
A memorial service and celebration will be held 2:00 to 4:30 pm on November 3rd at St. Timothy's Episcopal Church in Mountain View with Reverend Lisa McIndoo officiating.
Mark Brandemuehl was born in Lancaster, Wisconsin to David and Elizabeth Brandemuehl on July 4th, 1959 and grew up on the family dairy and hog farm. He went to Fennimore High School and received a B.S. in Electrical Engineering from the University of Wisconsin, Madison in 1983. He began his career in New York, where he met his wife Jenny at Standard Microsystems. They moved to California for him to attend Stanford Graduate School of Business where he received an M.B.A. in 1990. He held a variety of executive marketing and sales leadership roles at KLA Tencor, FormFactor, Movoto and Nevada Nanotech Systems. Mark served on numerous boards over the years including Scanametrics, Women's Initiative for Self Employment and the Alumni Advisory Board for the University of Wisconsin Madison's Department of Electrical and Computer Engineering.
Mark had a passion for life with numerous interests that included skiing, hiking, flying planes, tooling around in his AC Cobra kit car, cooking, baking pies, holding political debates and singing. He never saw a mountain he didn't want to climb. He loved the rugged beauty of the West, particularly the Sierras, the Rockies and Lake Tahoe. Mark lived in Tokyo for 3 months in his first job and spent the rest of his career traveling internationally, making lifelong friends all over the world. He was a great mentor who touched the lives of many people including his sons, generous with his time and attention.
Mark is survived by his wife of 31 years, Jenny, his sons Wesley and Adrian, his brother Steve and his sisters Rene and Michelle.
The Brandemuehl family extends its heartfelt thanks to the Arizona Burn Center and Foundation, who cared for him with compassion using innovative approaches during his five month journey. Donations in honor of Mark can be made to the Arizona Burn Foundation https://azburn.org/.


View the online memorial for Mark Brandemuehl
Published by San Jose Mercury News/San Mateo County Times on Oct. 31, 2019.
To plant trees in memory, please visit the Sympathy Store.
MEMORIAL EVENTS
Nov
3
Memorial service
2:00p.m. - 4:30p.m.
St. Timothy's Episcopal Church
Mountain View, CA
MAKE A DONATION
MEMORIES & CONDOLENCES
Sponsored by San Jose Mercury News.
4 Entries
The strength, perseverance, and love that radiated from Mark, Jenny, Adrian, and Wesley was unrivaled and was a true inspiration to witness. I am so sad to hear of the loss of such a beautiful person as Mark. I will continue to pray for the Brandemuehl family.
Laura Trevizo
November 6, 2019
Thinking of you and yours.
Dean and Nancy Vogel
November 2, 2019
We promise forever, as if we could; but would settle to only slow down the hands of time, perhaps even stop them; preserve what we have and defy that all good things must come to an end; yet when we live life and love the life we live, if we could do it all over again we'd do it the same. Living it up right down to our last sunset. And i sense that is the life Mark lived - that made him the man he became. I only entered into Mark's life a short while ago the spring/summer of 2017 through my relationship with one of Jenny's best friends - Susan. While our time together was short we found time in Colorado (Susan's home) for sharing a few Craft beers (Telluride comes easily to mind) and bourbons over dinners and evenings under the stars around the fire pit, hiking the local mountains and taking in some Colorado high at Red Rocks concert scene. So friendly and genuine to the core - our farming heritage must have connected. Susan is full of stories about Mark - like a brother, not just not a friend, that I felt I new Mark for years beyond our short tenure. We had made plans with Mark and Jenny to travel this fall to Italy - as Mark had done extensive research on the Dolomites for a hiking vacation (albeit Susan and Jenny insisted on the back half of the vacation to be in Bellagio). Needless to say, the vacation plans were altered. Mark's passing, as tragic and heartbreaking as it is, allows us all to take a pause and reflect on the current status of our lives an reassess where true meaning comes from - the love and friendships in the people who are dear to our hearts. This is where our time and attention should be focused - or at the very least receive more from us - while we have our health and time. Mark will be missed - not just in the time we spent together, but in the time I was hoping to spend in the future getting to know him better. Rest peacefully !
Brian Dayes
October 31, 2019
Our thoughts and prayers are with you and your families.
Cathy Stephens
October 30, 2019
Showing 1 - 4 of 4 results