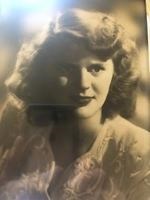 BORN
1923
DIED
2021
Violet Linnea (Peterson) Humphrey
March 24, 1923 - July 9, 2021
Resident of Cupertino
Violet Humphrey (Pat) passed away peacefully at home surrounding by family on July 9, 2021. She was 98.
Pat was born in Two Harbors, Minnesota and raised to see the good in every person by her mother Delia. She graduated from Two Harbors High School and the Duluth Business University, then worked at the Federal Reserve Bank in Minneapolis. When her dear friend Doty invited her to visit California, she fell in love with the West Coast. With her finance background she was hired by the Kaiser Company in Oakland and was instrumental in helping set up the accounting departments for the Kaiser Steel Plant and the first Kaiser Hospital.
Pat possessed a great love for dancing and often talked of dancing the night away to the big bands at the Sweet Ballroom and the Cocoanut Grove in Santa Cruz. During this time she served with the USO and at Letterman Hospital met her "Funny Valentine", retired Lt. Robert Humphrey, who was recovering from World War II injuries. They quickly fell in love and married in 1947. Bob being raised in a military family waived his disability, returned to active duty and Pat began the adventurous life of an Army wife. Pat made 26 moves in her life, including Japan, Germany, Panama and numerous military forts throughout the US which she always said greatly enriched her life. While being stationed in Japan, the Korean War began and Bob was sent in to help with the war effort. Pat joined the Red Cross and served countless hours at the Naval Hospital in Yokosuka, Japan. She made every new assignment an adventure having researched local history/sites to visit and explore.
Upon Bob's retirement, they settled in Cupertino where Pat continued to serve at the VA Hospital in Palo Alto as well as doing social work at Moffett Field. She was a docent at Villa Montalvo, ushered for 35 years at Flint Center and held many part time jobs with the San Jose and Santa Clara Convention Centers as well as the Foothill College Bookstore. She retired at the age of 92.
Pat loved adventure, art, bridge, hiking, live theater, music, nature, skiing, travel, and golf, which she played until the age of 96! With a great love of life and insatiable energy she traveled the world while raising a family and being a devoted wife.
Pat was preceded in death by her brothers Clifford, David and Philip, sister Ruth Case and her beautiful daughter, Kathleen Holcomb. Her husband Bob passed away in 1999 after 52 wonderful years together. She is survived by her loving family, sons Scott and Roger, daughter Lisa, son-in-law Col. James Holcomb, daughters-in-law Heather and Cher, granddaughters Lea, Genevieve, Kelley and Samantha, grandson Max, great granddaughters Lorelei and Emmiline, and many special nieces, nephews and their families. Her family and friends were the most dear to her and remained close all her life.
Two of Pat's favorite memories were of her annual summer hikes to Yosemite with her dear friend Jennie where she said she found God in the nature all around her and hunting agates as a young girl along the beautiful shores of Lake Superior.
Services will be held privately. She was a true lady and will be missed by many! "Her life was a love song to the world". 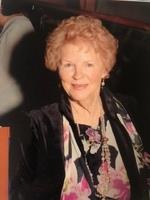 Published by The Mercury News on Jul. 27, 2021.
To plant trees in memory, please visit the Sympathy Store.
MEMORIAL EVENTS
To offer your sympathy during this difficult time, you can now have memorial trees planted in a National Forest in memory of your loved one.
MAKE A DONATION
MEMORIES & CONDOLENCES
Sponsored by San Jose Mercury News.
0 Entries
Be the first to post a memory or condolences.