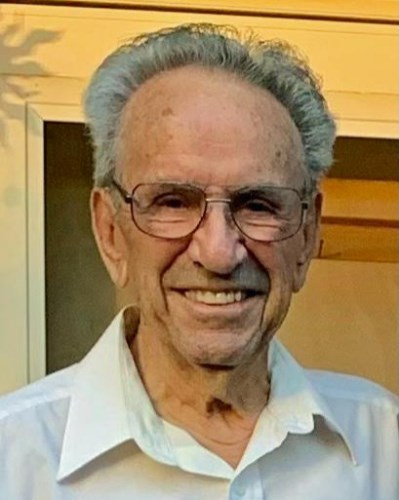 Darel was born in Emmett, Idaho on September 27th, 1931 to Pearl Sillivan. He attended schools in Emmett and Seattle, graduating from Roosevelt High School in 1949. He served four years in the United States Air Force during the Korean War. After completing his basic training, Darel went to Japan and spent the last 6 months of his tour of duty in Iwo Jima, where he married his first wife. They then moved to Las Vegas where Darel was stationed at Nellis Air Force Base and their son, Duane, was born. Darel received an Honorable Discharge in 1954.

He then joined his brother, Harold, in Seattle and completed his 5-year apprenticeship as a plumber. Darel became a member of the Masons in 1955 and remained a member 50 plus years later. After working his way up to superintendent, Darel was sent to the Marshall Islands by his employer as a plumbing supervisor. Shortly after, he moved to Hawaii and then on to California where he earned a teaching credential at College of San Mateo, teaching the plumbing trade for 6 years.

In 1977, Darel moved to Palm Springs, where he started his own plumbing business, Universal Plumbing. While in Palm Springs, he was on the Planning Commission for 3 years and the Architectural Design Commission for 2 years. Darel was also Trustee and Secretary for the Joint Apprentice program for Southern California. In 1979, he joined Al Malaikah Shrine and was a member of the Stagecraft Committee.

After the marriage to his second wife ended, he reconnected with Mary Lou (Crouch), a high school girlfriend and they married in 1997. Darel and Mary Lou eventually moved back to their childhood town, Emmett, where they enjoyed their newly retired lives. Darel was on the City Council for 4 years and joined the El Korah Shrine in Boise, where he became Membership Chairman. He was appointed by the Secretary of Agriculture to the Resource Advisory Council (RAC) for US Department of Agriculture for 6 years. He was an active member of the First Presbyterian Church in Emmett and a member of the Idaho Golf Association and Emmett Golf Club.

Darel was a Boise State Broncos fan, enjoyed the sun, golf and driving their motorhome to Yuma, AZ each winter as snowbirds.

Darel's family would like to thank Meadow View Assisted Living and Signature Hospice Care for their support and exceptional care.

Arrangements were cared for by the Potter Funeral Chapel of Emmett.

Published by Emmett Messenger Index from Nov. 24 to Nov. 25, 2021.
To plant trees in memory, please visit the Sympathy Store.
MEMORIAL EVENTS
To offer your sympathy during this difficult time, you can now have memorial trees planted in a National Forest in memory of your loved one.
Funeral services provided by:
Potter Funeral Chapel
MAKE A DONATION
MEMORIES & CONDOLENCES
0 Entries
Be the first to post a memory or condolences.