A. George Rinck
A. George Rinck, a native of New Rochelle, New York, died on Tuesday, September 20, 2011, in Mass. George, who was a Vice-President for Fred James Insurance Co. of Boston, MA for many years, is survived by his wife of sixty years, Beverly Ann Clinckett-Kramer Rinck, a well-known artist of Marlboro, MA. George was a Sargeant in the U.S. Marine Corp. duiring the Korean War and was stationed on Paris Island, North Carolina. George had also been the President and an actor for the Sudbury Players. He will be cremated and buried with his parents in New Rochelle, Thursday, September 22, 2011.

Published by MetroWest Daily News on Sep. 22, 2011.
To plant trees in memory, please visit the Sympathy Store.
MEMORIAL EVENTS
To offer your sympathy during this difficult time, you can now have memorial trees planted in a National Forest in memory of your loved one.
MAKE A DONATION
MEMORIES & CONDOLENCES
5 Entries 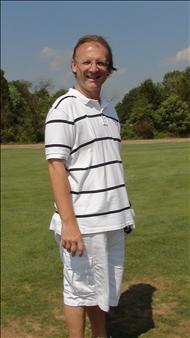 Aunt Beverly......I have very fond memories of visitig Uncle George and yourself....I can still see George showing me, as an impressionable boy, a stone tomahawk at your house. I was awed as he told me a story about this tomahawk. He had a way of telling a story that was quite remarkable.

I also recall another visit....years later, about Labor Day 1975 or so.....sleeping in your attic since my sister Laura and girlfriend were of course assigned guest accomodations.....and hearing (though I did not know what it was at the time!) your cat wandering through the attic in the dark....and you all having quite the chuckle the next morning ;-)

Thinking of you and George.....wishing you peace.....Love, John F "Jackie" Mann
John F Mann
October 8, 2011
Beverly,i am so sorry to hear of your lost.I like George, he was very nice man.God is taking care of him now.God bless you Beverly.
Monique Solanilla
September 23, 2011
Aunt Beverly, I am thinking of you at this very difficult time. Sending you warmest thoughts and love, Janetje
Janetje Peterson
September 23, 2011
Beverly... please aceept our condolences on George's passing.
Ron, Trish and Jon Ayotte
September 22, 2011
Beverly, We are very sorry to hear of your loss.
Pat and Bob Shea
September 22, 2011
Showing 1 - 5 of 5 results