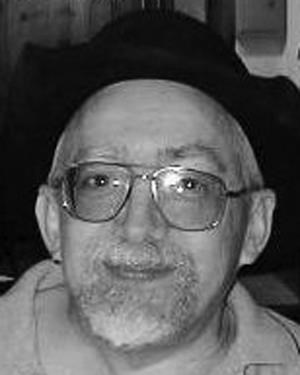 BORN
1950
DIED
2018
ABOUT
Marlborough High School
FUNERAL HOME
John P Rowe Funeral Home Inc
57 Main St
Marlborough, MA
James Jim Henry Kiser, 68, passed away peacefully on November 15, 2018, at Keystone Nursing and Rehabilitation Center, with family by his side. He was born August 30, 1950, in Cumberland, MD, the son of the late Byron Junior and Anne (Buchholtz) Kiser Jim was born with cerebral palsy. He grew up in Marl- boro, Massachusetts and attended Mill Swan School, Marlborough High School (class of 71) and University of Illinois, Urbana- Champaign. Jims cerebral palsy affliction filled his life with many physical challenges. He was very driven to be independent and used his intellectual acumen, determination and humor to set and accomplish goals that often exceeded those of people with far less challenges. Jim worked for Massachusetts Rehab in Worcester for a short time in the 70s where he helped people with disabilities find employment. It was dur- ing this engagement that Jim found an opportunity for himself with Digital Equipment Corporation (DEC) in Maynard. Jims career with DEC as a software engineer spanned over 20 years in many facilit- ies including Maynard, Nashua, NH and Houston, TX. He retired from DEC while living in Katy, TX and worked independently in his own company, Software on Wheels, for many years. Jim lived in Katy, TX, with his brother, John, his longtime companion and care giver, for 17 years. In 2010, after suffering a stroke that caused partial paralysis on his left side, he and John left TX so they could be closer to family to help with Jims now increased need for care. Jim and John spend a bit over a year with their sister Karol in Reno, NV before returning to MA to be close to their brother Andy, his family and the many friends he had in the area. First living in an apartment in Fitchburg and then, in July, 2015, moving to Keystone Center in Leominster. Jim was predeceased by his parents, Byron and Anne Kiser and his brother Barry Kiser. Jim is survived by four sibl- ings, Karol Hines of Reno, NV, John Kiser of Leominster, MA, Debra Pirtle of Greencastle, PA and Andrew Kiser and his wife Kim of Leominster, MA; and many nieces, nephews, cousins, grand nephews and one grandniece. A huge thank you goes out to the Keystone Center staff for their wonderful care of Jim during the past 2 years. Thanks also to the many caregivers that attended Jim while he was living independently in Fitchburg. Jim was an inspiration and a gift for all of his family. He was, in the words of his fam- ily and many friends: articulate, intelligent, friendly, sincere, witty, capable and quiet. He has made them all better for being in our lives. They will carry him with them and will forever miss him!! Following cremation, a graveside service will be held noon on Tuesday, November 27, 2018, at Evergreen Cemetery, 133 Wilson St. in Marlboro. A reception will follow the graveside service. Arrangements are in the care of the John P. Rowe Funeral Home Inc., 57 Main St., Marlboro. In lieu of flowers please make memorial donations in Jims name to the Living Memorial Chess Fund (LMCF) c/o Bob Messenger, 4 Hamlett Dr. #12, Nashua, NH 03062-4641.
Published by MetroWest Daily News from Nov. 18 to Nov. 25, 2018.
To plant trees in memory, please visit the Sympathy Store.
MEMORIAL EVENTS
Nov
27
Graveside service
12:00p.m.
Evergreen Cemetery
133 Wilson St., Marlboro, MA
Funeral services provided by:
John P Rowe Funeral Home Inc
MAKE A DONATION
MEMORIES & CONDOLENCES
Sponsored by John P Rowe Funeral Home Inc.
5 Entries
Jim was unique to say the very least. He and I teamed up at Digital Equipment Corporation in the 1980s and I have wonderful memories of fun as well as work. Rest in peace and keep your batteries charged.
Bill Gordon
October 11, 2019
My deepest condolences to the Kiser family. I remember Jim from HS. He was an inspiration to all.
November 25, 2018
Karol, my thoughts are with you, I know how difficult this is for you. Sending a big hug and love.