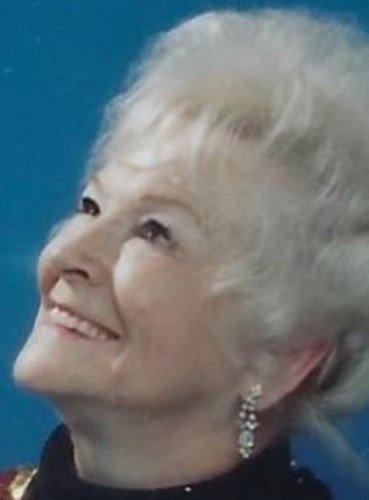 PIQUA -- Dottie Penrod Weaver, age 88 or Piqua, passed away on Tuesday, September 28, 2021 at Ohio's Hospice of Miami Valley. She was born on February 5, 1933 in Drift, KY to the late Jerry and Grace Mullins and step father, Archie Spencer.

In addition to her parents, Dottie is preceded in death by her husbands Bob Penrod and Ralph Weaver; Two sons, Elmer Hall Jr. and Timothy Hall. She was divorced from the late Elmer Hall Sr.; and two brothers, one sister and one brother-in-law.

Dottie was very active in country music having started doing radio and stage shows in Dayton, OH in 1961. She was very active with her band, Dottie & The Country Four for 35 years. She performed at the Ohio State Fair 18 years, weekly at the Midwest Jamboree in New Paris, OH 10 years (this was televised on WCTV in Richmond, IN). She hosted the Friday Night Jamboree monthly at the Staunton Grange in Troy, OH for 20 years. The band played for weekend dances for 16 years until the illness of her husband, Bob. She performed at the Miami County Fair 35 years, Ohio State Fair 13 years, Troy Strawberry Festival 34 years, Troy Strawberry Parade 20 years, Darke County Fair 7 years. She performed at nursing homes for 5 years with a group called Crosstown Trio.

She was a 30-year member of the Ohio Country & Western Music Association. During this time, she held many offices, was Troy, Ohio's Country Music Queen 3 times, recorded 2 records, 1 cassette, 1 CD and later a CD with husband, Ralph. She received many awards, including induction into Ohio Country Hall of Fame in 1987 and State Entertainer of the year in 1982. In 2002, she and the band were presented 25-year awards at the Miami County Fair and the Troy Strawberry Festival. She always praised the band members for helping her so much. There were numerous changes throughout the years. She always told people their life was 99% country music. She had many friends and fans.

She retired from Upper Valley Medical Center (Stanfield Radiology) in 1996. She was a member of St. Mary's, Ohio Baptist Church, but attended Crossroads Church of God in Piqua, OH.