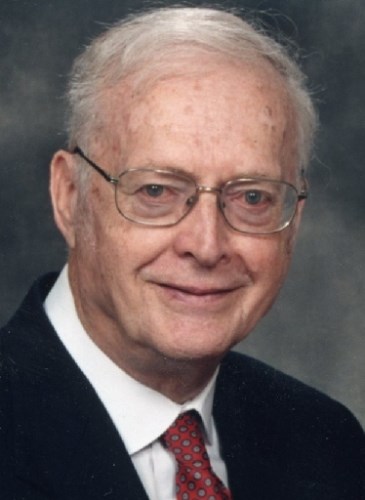 BORN
1927
DIED
2021
FUNERAL HOME
Zaagman Memorial Chapel Inc
2800 Burton St Se
Grand Rapids, MI
Terpstra, Jacob Grand Rapids, Michigan Jacob Terpstra, age 94, was born in Manhattan, Montana in 1927 to his parents, Jake and Effie Terpstra. He was the youngest of six children, all who are deceased. He is also preceded in death by his wife of 67 years, Martha. Jacob leaves behind his three children, Mark, Jack (Anita), Jeanne (Bob) Katerberg; 10 grandchildren; 8 great grandchildren who were all deeply loved; sisters-in-law Ella Terpstra, Sylvia Dykstra; and many loved nieces and nephews. Jacob served in an engineering battalion in the US Army at the end of WWII. He graduated from Calvin College and the attended the University of Michigan where he received a master's degree in Social Work. He began as a child welfare caseworker, then he administered the Washtenaw County juvenile detention facility and later a group care treatment program near Flint. Following that he went to the Department of Human Services serving as the administrator of licensing child welfare services throughout Michigan. During that time, he served as president of the Michigan Association of Children's Agencies, and with the Deputy Administrator of Juvenile Courts developed the Michigan Association of Juvenile Detention Facilities. This involved conferences and extensive training with the central purpose of humanizing detention programs. In 1976 he was appointed to a position in the U.S. Children's Bureau in Washington D.C. where he worked for 20 years as a specialist in child welfare services, working with people in every state to help them improve their services. He edited a national newsletter on licensing children's services and initiated a national association of foster care managers. He wrote many published articles, some of which were translated into other languages. After he retired in 1997, he continued to be active, including speaking in several state and other countries and continued writing articles and a book on child welfare, "Because Kids are Worth It". Because of his deep concern about the occupation of Palestine he visited Palestine with Christian Peacemaker Teams to experience the occupation firsthand. After the Micah Center was developed he became active on justice issues with special concern about injustice in our prison system. A memorial service will be held at 11:00 am on Saturday, December 11, 2021 at Zaagman Memorial Chapel (2800 Burton St. SE, 49546) with Rev. Steve DeVries officiating. The family will greet visitors from 10:30 – 11:00 am, prior to the service. If one wishes, please consider making a memorial donation to Christian Peacemaker Teams (https://cpt.org/) or to Humanity for Prisoners (https://www.humnaityforprisoners.org/).

Published by MLive.com on Dec. 2, 2021.
MEMORIAL EVENTS
Dec
11
Visitation
10:30a.m. - 11:00a.m.
MI
Dec
11
Memorial service
11:00a.m.
Zaagman Memorial Chapel Inc
2800 Burton St Se, Grand Rapids, MI
Funeral services provided by:
Zaagman Memorial Chapel Inc
MAKE A DONATION
MEMORIES & CONDOLENCES
Sponsored by The Family.
7 Entries
Jake was tear-gassed in Israel while demonstrating on behalf of Palestinian desires for justice, and was instrumental in initiating engagement by the Silver Spring CRC in working with Parishes, Churches and Synagogues to staff the Shepherd's table soup kitchen in Silver Spring in the 1980's. That Soup Kitchen still exists. And his example and advocacy for doing justice lives on as now, Parishes, Synagogues and Churches participate together in a food pantry - this time at the Silver Spring CRC. Jake was reflexively intentional at responding to needs triggered by injustice. Jake would "do something." His persistent example was necessary for many who came after him. For his work, which he would point out was possible because of Martie's enabling support - we are grateful.
Albert De Jong
Friend
December 7, 2021
I invite Jake's family and friends to read my tribute on our blog site: https://humanityforprisoners.blogspot.com/2021/12/jake-terpstra-1927-2021-what-fighter.html
Doug Tjapkes
December 7, 2021
My sympathy to the family. Jake was a great man and mentor. He was my federal project officer when I was at Hunter College School of Social Work in New York City and we stayed in touch when I moved to Michigan to direct the MSU School of Social Work. He was always guiding and teaching. He had a holy impatience with injustice and with systems that failed children. His life made a positive difference for so many.
Gary Anderson
Work
December 6, 2021
Rest in peace my friend. You did so much to protect children from physical punishment through state licensing laws. The world is a better place because of you. Nadine Block
Nadine Block
Friend
December 6, 2021 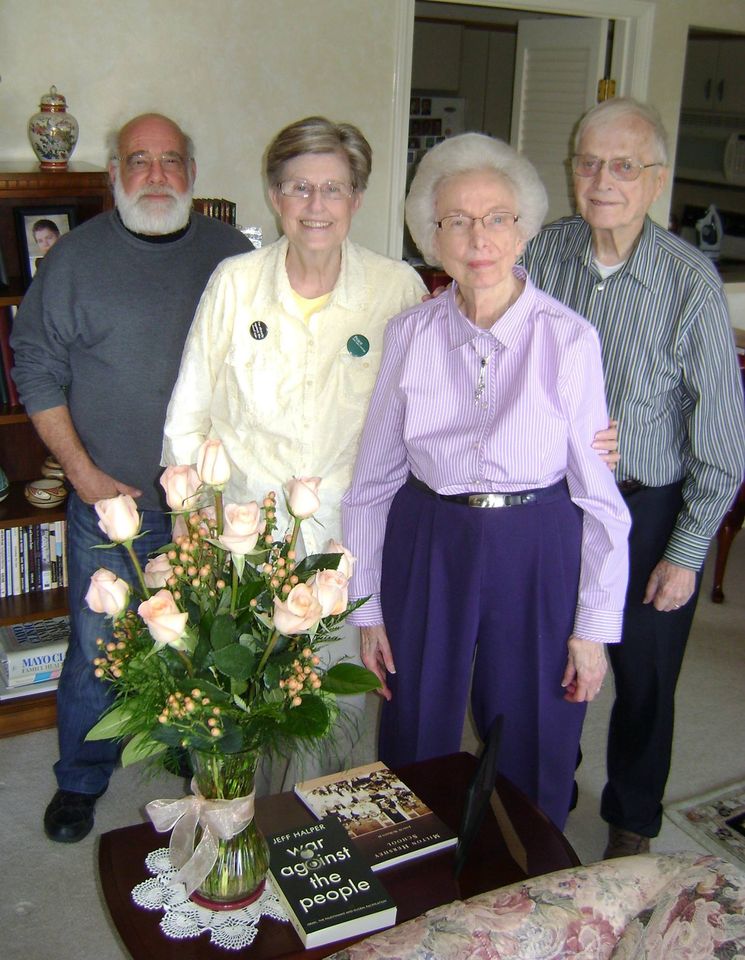 I am so sorry for your loss and the world's loss. Jake was such a kind and caring person and my late husband, Chuck, and I were introduced to Jake by our oldest daughter, Stephanie Hirchert-Walton, who was a Foster Care Caseworker and told Jake of our interest in Palestine and keeping a kindergarden in Al Aqaba, Area C, West Bank, standing. We met Jake and his wife, Marty, and visited them in their apt. to pick up Jeff Halper to bring him to Ann Arbor to speak on Palestine/Israel after Jeff spoke in Grand Rapids. The picture is of Jeff, Mares, Marty, and Jake with Chuck taking the photo, 2016.
Mares J Hirchert
December 5, 2021
Condolences mark, to you and your siblings . Your dad sounds like a well rounded man who certainly fulfilled himself in a career he obviously loved .
Chip young
December 2, 2021
In loving memory of a wonderful person. We will love you and miss you always.
reatha boon
December 2, 2021
Showing 1 - 7 of 7 results