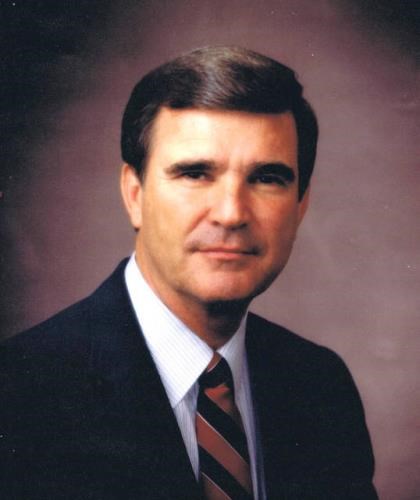 Born December 2, 1937, in Pineville, John was one of nine children born to the late Perl V. and Florence Brock. Besides his parents, he was preceded in death by two sisters, JoAnne Lasley and Vesta Collett, and a grandson, Jonathan Brock.

John graduated from Bell County High School, Lincoln Memorial University, and the University of Kentucky. During his career as an educator, he was a classroom teacher, basketball coach, principal, superintendent of schools, and the last elected State School Superintendent of Public Instruction in Kentucky. Through the years Dr. Brock was the recipient of numerous educational and leadership awards. Later in state government, he served as Executive Director of Governmental Services, Director of Golf in the KY Department of Parks, and Park Manager of Pine Mountain State Park. A fierce competitor, he was a passionate golfer, chess player, crossword enthusiast, and reader. He will be greatly missed by family and friends.

Visitation will be in Pineville on Friday, February 21, 2020, from 1 p.m. to 3 p.m. at Mill Creek Baptist Church, 4776 Hwy 221, Pineville, KY 40977. A funeral service will begin at 3 p.m. with Rev. Scott Collett, Donnie Caldwell, and Blake Ramey officiating. Burial will follow in the Brock Family Cemetery at Kettle Island. Arnett & Steele Funeral Home is caring for local arrangements.

Published by The Daily News from Feb. 18 to Feb. 19, 2020.
To plant trees in memory, please visit the Sympathy Store.
MEMORIAL EVENTS
Feb
21
Visitation
1:00p.m. - 3:00p.m.
Mill Creek Baptist Church
4776 Hwy 221, Pineville, KY
Feb
21
Funeral service
3:00p.m.
Mill Creek Baptist Church
4776 Hwy 221, Pineville, KY
Funeral services provided by:
Arnett & Steele Funeral Home Inc
MAKE A DONATION
MEMORIES & CONDOLENCES
6 Entries
John Brock was a fine man in every sense of the word and I am proud to say I knew him. He will be missed.
Liz Deleuil
Friend
November 28, 2020
Please accept my sincere condolences for the loss of your loved one. May (1 Thessalonians 4:14) bring you some comfort in knowing that there is a future for the ones we have lost in death. May the God of all comfort strengthen your family during this time of deep sorrow.
February 29, 2020
So sorry to hear of John's passing. Prayers for John's family and friends. Sincerely, Bill and Mary George DeVary
February 28, 2020
God bless you and your family.
JC (Pappy) Barnett
BHS Class of 1956
February 25, 2020
Coach Brock was one of the best teachers I ever had, and he went the extra mile for us kids. He made me the JV scorekeeper when almost no girls had that position. I enjoyed it so much. He will be missed.
Julie Logan
Student
February 21, 2020
I have fond memories of Dr. Brock when he was Principal of Harlan High School. He was a very kind and caring man. My deepest heartfelt prayers for each of you.
Linda Anderson Thomas
February 18, 2020
Showing 1 - 6 of 6 results