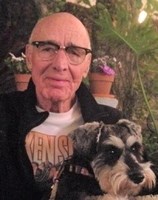 BORN
1943
DIED
2021
Marino, Carmelo S. "Carl"
Carmelo (Carl) S. Marino, born in Middletown, CT passed away peacefully at the age of 77 years young in his home in Jonesville, SC, by his side were his loving wife Stacy, friends and dog Millie.
Carl was President of S.G. Marino Crane, a business run with his brothers and family members started by his parents Sebastian (Mike) and Rose Marino in 1952. Carl treated his team as family and together they grew the business to one of the largest in the world. Carl's will to live made it possible to see the many lives he has touched and influenced. Legend, icon, charismatic mentor, great friend and brother are a few words to describe him. In business Carl had the admiration, respect and was considered the "pinnacle of his peers".
For 12 years, Carl was a member of the Professional Rodeo Cowboy Association, during which time he received numerous pro-rodeo championships culminating his career in the top 25 in the calf roping division.
He is survived by his wife Stacy; daughter Darcy Marino of Arroyo Hondo, NM; sons - Brian C. Marino; Jon and Jaye Irwin of Middletown, CT; Brothers - Michael Marino of Middletown, CT; Lawrence (Jane) Marino of Portland, CT; Theodore Marino of Middletown, CT; (6) granddaughters, (6) great-granddaughters and (1) great-grandson; Nieces and nephews.
Those wishing to honor Carl's life, the family asks that you pay it forward for those that are less fortunate than ourselves.
A celebration of life will be determined at a later date.
The S.R. Holcombe Funeral Home, Inc. (www.holcombefuneralhome.com)
To plant trees in memory, please visit our Sympathy Store.
Published by Middletown Press on Feb. 15, 2021.
MEMORIAL EVENTS
No memorial events are currently scheduled.
To offer your sympathy during this difficult time, you can now have memorial trees planted in a National Forest in memory of your loved one.
MAKE A DONATION
MEMORIES & CONDOLENCES
Sponsored by MiddletownPress.com.
24 Entries
Sorry to hear of Carl's passing. He was a legend, deservedly so, in the construction and equipment rental industries. He was a fierce but fair competitor who would always be there to help if things got challenging, as they often did in the cyclical industries he served.
Paul Fioravanti
Friend
March 16, 2021
I knew Carl back in the 50’s. As a classmate at Saint Sebastian School. Also I remember Carl coming down to the pool hall at the north end.I also have memories of Carl’s parties. Carl was a straight shooter.To Stacy and the Marino family please accept my condolences.
Sincerly