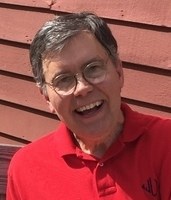 BORN
1948
DIED
2021
FUNERAL HOME
Doolittle Funeral Home
14 Old Church Street
Middletown, CT
Jeffrey T. LaGrange
Jeffrey Todd LaGrange, 73, of Middletown, was born on February 9, 1948 and died on Wednesday, September 1, 2021. He was the son of the late Robert and Dorothy (Dugan) LaGrange.
Jeffrey grew up and went to school in Westchester County, New York, mainly Katonah and Mt. Kisco. He graduated Pace University in Pleasantville, NY in 1973 and continued his education studying law from 1993-1995. Jeffrey discovered his love of writing while discovering his love of theater. He combined the two and began a career writing and reviewing for the theater working on a monthly column "On Stage" for The Chronicle published in Middletown, Connecticut. Although a native New Yorker, Jeffrey moved and worked in Middletown since 1977, most recently for the City of Middletown Board of Education.
Jeffrey was the proud father of one son, Brandon and his wife Rebecca and the proud grandfather of two grandsons, Xavier and Grayson.
Family and friends may call on Friday, September 10th from 11:00 a.m. to 12:30 p.m. at the Doolittle Funeral Home, 14 Old Church Street, Middletown. A funeral service will follow at 12:30 p.m. Burial will be at the convenience of the family. In lieu of flowers, donations in Jeffrey's memory may be made to A.S.P.C.A Foundation, 424 East 92nd Street, New York, NY 10128-6804. To share memories or send condolences to the family, please visit www.doolittlefuneralservice.com.
Published by Middletown Press on Sep. 7, 2021.
To plant trees in memory, please visit the Sympathy Store.
MEMORIAL EVENTS
Sep
10
Calling hours
11:00a.m. - 12:30p.m.
Doolittle Funeral Home
14 Old Church Street, Middletown, CT
Sep
10
Funeral service
12:30p.m.
Doolittle Funeral Home
14 Old Church Street, Middletown, CT
Funeral services provided by:
Doolittle Funeral Home
MAKE A DONATION
MEMORIES & CONDOLENCES
Sponsored by MiddletownPress.com.
5 Entries
I fondly remember Jeff from working together at Xerox/Field/Weekly Reader in the 80´s. He was kind and funny.
Karen LeBrasseur
Work
September 11, 2021
Jeffrey´s Family, I´m so sorry to learn of Jeffrey´s passing. I worked with Jeffrey for several years and I used to love our talks. He was so passionate about the theater, especially "les miserables". He told me his mom introduced him to the theater when he was a young boy and I could tell he adored her. I´m sure Jeffrey will be missed by his family and friends. I know he had struggled with his illness for too many years and I know he is pain free and at peace now. My deepest sympathy to his family.
Gail Silvester Pillarella
September 10, 2021
I am so sorry for your loss. I worked with Jeff at Field/Newfield and with Jean at BLR. I enjoyed Jeff´s wit. Jean I´m thinking of you.
Agnes Franks
September 10, 2021
Sending sympathy from his friends at the Ivy.
Leone Ugolik
Friend
September 9, 2021
I am so sorry for your loss. I fondly remember working with Jeff at Xerox. Always quick with a joke and a smile. My deepest sympathy.
Grace Greco
September 8, 2021
Showing 1 - 5 of 5 results