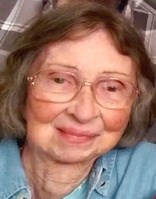 BORN
1940
DIED
2021
FUNERAL HOME
FINCH FUNERAL HOME - DE KALB
310 OAK ST
De Kalb, IL
Judith McCann Burkart
Born: March 3, 1940 in DeKalb, IL
Died: September 21, 2021 in DeKalb, IL
Judith ("Judy") McCann Burkart, of DeKalb, IL, died on September 21, 2021, at home at the age of 81.
Judy was born on March 3, 1940, in Dekalb, IL to James and Gladys (Hicks) McCann. Judy married Michael Burkart, on August 3, 1968.
Judy is survived by her children, Brian Burkart of DeKalb, and Rebecca (Christopher) Burkart-Nagengast of Portland, Oregon; as well as two grandchildren, Hannah Burkart and Theo Nagengast. Judy was preceded in death earlier this year by her beloved husband Mike; and by her parents.
Judy was the oldest of three girls and is survived by her sisters Jeanne (Michael) Blackburn of Phoenixville, PA and Nita McCann of Madison, WI; and many nieces and nephews. Judy had two older siblings from her father's first marriage, Kenneth (Gladys) McCann and Gladys (Harry) Johnson, who also preceded her in death.
Judy and Mike met through a personals ad in the Midweek in 1968 and were married 5 months later. They met when Judy worked at the First National Bank. She then worked for 20+ years for the Dekalb Ag, retiring from Monsanto. Judy will be missed by her children, grandchildren, and sisters, but she also held a special place in the hearts of her husband's family and her many lifelong friends. Judy's memory will live on in her many beautiful quiltworks.
No services will be held at this time. Cremation was entrusted to Finch Crematory. Memorial contributions can be sent in Judy's name to the Dekalb Community Foundation. Arrangements were entrusted to: Finch Funeral Home 310 Oak St. DeKalb, IL, 60115 (815) 758-3841.

Published by The MidWeek News from Oct. 5 to Oct. 6, 2021.
To plant trees in memory, please visit the Sympathy Store.
MEMORIAL EVENTS
To offer your sympathy during this difficult time, you can now have memorial trees planted in a National Forest in memory of your loved one.
Funeral services provided by:
FINCH FUNERAL HOME - DE KALB
MAKE A DONATION
MEMORIES & CONDOLENCES
Sponsored by FINCH FUNERAL HOME - DE KALB.
4 Entries
So sorry for your loss. Judy was always tying up loose ends in a complicated seed business. She had such remarkable patience for others. I always enjoyed working with her as she helped us ship seed all over the world.
Alan Bauer
Work
October 6, 2021
My deepest sympathy to you, Brian, Rebecca and families for the loss of your mother Judy. I also am sorry to hear about your Dad´s passing. Your Mom was a good friend to my Mom, Carma Tucker. who passed last December. I am quite sure they became friends working at DeKalb Ag and continued that friendship for many, many years. Even in their later years, they would get together for lunch at Taco Bell and Culver´s. After my mom moved into Lincolnshire Place (memory care) in 2018, your parents brought and shared a Taco Bell lunch with her. They had drifted apart somewhat due to health issues, but I shared a nice text with your Mom when I notified her of my Mom´s passing. Just to share who I am and some memories. I know this must be a very sad year for you. losing both of them. Unfortunately, the sadness may not go away, but I pray you find comfort in knowing how much they both loved you and holding your family memories close. God Bless. May they both Rest In Paradise.
Cathy Sawallisch
Friend
October 6, 2021
My condolences to the family. I met Judy through work. She was a good mentor and friend.
Barbara E Votaw
Coworker
October 6, 2021
I'm so sorry to hear of Judy's passing. I worked with her at DeKalb Ag for many years and she was always so very kind to me. Sending prayers ... RIP Judy.
Lauranna Gones
Coworker
October 5, 2021
Showing 1 - 4 of 4 results