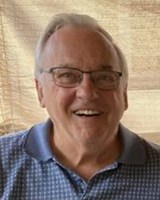 BORN
1944
DIED
2021
FUNERAL HOME
Schneider Funeral Directors and Crematory
1800 East Racine Street
Janesville, WI
Patrick Leon McCormick
Born: January 16, 1944
Died: September 3, 2021
Patrick Leon McCormick, age 77, unexpectedly passed away on Friday, September 3, 2021. He was born on January 16, 1944, in Madison, WI, the son of Robert and Leone McCormick. He graduated from East High School in 1962, and attended the Wisconsin School of Electronics. Pat served in the United States Army, 1st Battalion, 7th Cavalry from 1964 to 1966 during the Vietnam Conflict. On September 23, 1967, he married Patricia Knuteson of Lodi, Wisconsin. He worked in telecommunications at CenturyTel as an engineer, until retiring in 2007.
Pat was a member of the American Legion and St. John Vianney Catholic Church. He will be especially remembered for his generous charitable work and donations to: Salvation Army Christmas programs, St. John's food pantry, the Rotary Botanical Gardens and helping neighbors and friends. Pat was a devoted father, serving as Scoutmaster, coach, referee and volunteer for soccer, baseball, wrestling and any interests his children had.
Pat is survived by his wife, Patty; 4 children: Joe (Jenn), Curt (Sylvie), Melisa (Chris), and Philip; 5 grandchildren: Madeline, Eloise, Melody, Michael, and Cole; 2 sisters, Mary and Anne; and many other family and friends. He was preceded in death by his parents, and his 6 brothers: Bob, Bill, George, Tom, Dick and Mike.
Pat's generosity continued after death, choosing to donate his remains to medical research. In lieu of a service, please consider honoring Pat's memory by supporting the causes he held so dear. Contributions to the following organizations are deeply appreciated: PBS, St. John Vianney, your local American Legion and conservation organizations.
SCHNEIDER FUNERAL HOME & CREMATORY is assisting the family. For online condolences and guestbook, please visit www.schneiderfuneraldirectors.com
Special thanks to the nurses and doctors in the ICU at Mercy Hospital, and to Father Peter Lee of St. John Vianney for their heartfelt help and support.

Published by The MidWeek News from Sep. 10 to Sep. 11, 2021.
To plant trees in memory, please visit the Sympathy Store.
MEMORIAL EVENTS
To offer your sympathy during this difficult time, you can now have memorial trees planted in a National Forest in memory of your loved one.
Funeral services provided by:
Schneider Funeral Directors and Crematory
MAKE A DONATION
MEMORIES & CONDOLENCES
Sponsored by Schneider Funeral Directors and Crematory.
0 Entries
Be the first to post a memory or condolences.