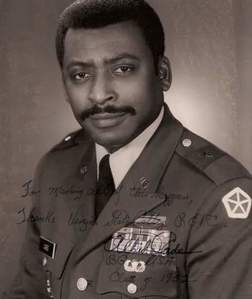 Brigadier General (Ret.) Alfred Jackal Cade (Al), age 90, passed away peacefully on May 6, 2021, at Henrico Doctors Hospital in Richmond, VA. He was surrounded by the love of his family.

Al was born in Fayetteville, NC on February 4, 1931. He grew up in Emporia, VA and graduated from Virginia State College in 1952, where he was Student Body President, a cadet in Army ROTC, and a member of Omega Psi Phi Fraternity. He served in the Army from 1952 to 1978, including combat tours in Korea and Vietnam, and received many military awards and honors, including the Distinguished Service Medal, the Legion of Merit, and the Bronze Star. During his years of service, he also received an MBA from Syracuse University and was a charter member of the Blue Geese while assigned to the Command and General Staff College at Fort Leavenworth, KS. This membership in the Blue Geese led to his founding membership in The ROCKS, Inc., an organization that provides mentoring, development, and networking to the US Armed Forces Officers Corps.

In 1979, Al retired and took his talents to civilian life, where before entering his full and final "retirement," he was a Senior VP for Caesars Atlantic City Resort and Casino; the Chairman of NJ Commission on High Education; a member of the Board of Trustees of Rowan University, Atlantic Cape Community College, and Virginia State University; Special Advisor to the Chairman of Summit Bancorp; President of the Vietnam Veterans Memorial Foundation and Chairman Emeritus of the Atlantic County Conference for Community and Justice. He also served as Chairman of the NJ State Chamber of Commerce and received an honorary degree from St. Peter's College. Each of Al's "retirements" led to a new distinguished level of service and leadership.

Al was a loving husband and father of five beautiful children. He and Florence, his wife of 62 years, raised their children with unconditional love, warmth, laughter, and unwavering support. Together they stressed the importance of education and taught them to be confidant, hard working, ethical, empathic, and compassionate people.

Al loved all types of sports, but particularly basketball. He was a Super Fan of the Georgetown Hoyas men's basketball team and supported the team with unwavering dedication from the time they hired legendary coach, John Thompson Jr., in 1972. You could see Al in the stands of as many games as he could attend, catching the rest of them on TV or radio. Trust that if Georgetown made the NCAA tournament, Al had them winning the whole thing on his bracket sheet.

He was preceded in death by his beloved wife, Florence, his parents, Leon and Zora Cade, his sister, Sarah Scott and his daughter-in-law, Cindy Cade. He leaves behind to cherish his memory: his children, Brian Cade (Marilyn), Marcus Cade (Princess), David Cade, Michael Cade (Tia), and Agnes Brandon (Ronald); his grandchildren, Marcus Cade Jr., Harrison "Alex" Cade, Preston Cade, Camille Cade, Zahria Brandon and Spencer Cade; as well as his great grandchildren, Andrew Cade and Naima Jordan. He will continue to be treasured by a host of cousins, nieces, nephews, loved ones and friends.

In keeping with his wishes, Alfred's interment with full military funeral honors will take place at Arlington National Cemetery ("ANC") at a future date and time to be determined by ANC. A celebration of his life will also take place at that time. You may leave a sympathy message for the family and find future information about the interment and celebration of life on the memorial page created for Alfred Jackal Cade at https://www.albennettandsonfuneralhome.com/obituary/alfred-cade.

Published by MilitaryTimes.com on May 28, 2021.
To plant trees in memory, please visit the Sympathy Store.
MEMORIAL EVENTS
Oct
1
Interment
3:00p.m.
Arlington National Cemetery
VA
Funeral services provided by:
A. L. Bennett and Son Funeral Home - Fredericksburg
MAKE A DONATION
MEMORIES & CONDOLENCES
Sponsored by A. L. Bennett and Son Funeral Home - Fredericksburg.
15 Entries
My Commanding officer at the 1St. Bn. 92 Artillery in Vietnam was Ltd.Col. Alfred J. Cade , simply the most outstanding military officer that I had the pleasure of serving under. In combat he was an exemplary commander and as a 2nd and 1st. Lt. I am so grateful to have been under his command. General Cade was a warrior and fine person whose leadership skills impresses me to this day. RIP SIR!
Johnny W. Lott
Other
August 3, 2021 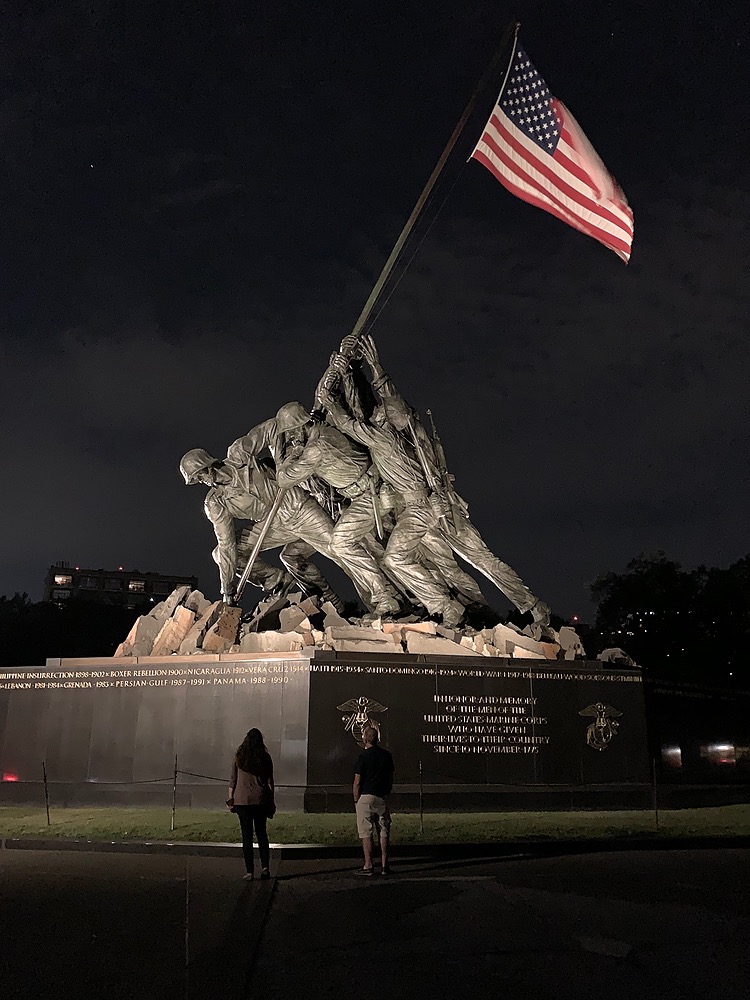 Both Al and Florence were wonderful people. Getting to know them in the beginning stages of Caesars Atlantic City, we were honored to be included in their company at numerous affairs at Caesars and many charitable events. They were true Americans who served our country well. They, and their family, remain in our thoughts and prayers. May God bless you all. Arlington awaits.
Ron and Nancy Glenn
Friend
June 4, 2021
My thoughts and prayers go out to Michael, Tia and the Cade Family. May God's peace and comfort surround you at this difficult time.
Kim Spencer-Hudgins
Friend
June 2, 2021
Our condolences to the Cade family. Mr Cade was a pleasure to know and work with at Caesars.
Rocco and Barbara Pepino
Work
June 1, 2021
He was a great man and a great great general and a great friend,sorry for your loss
John lopresti sr.
Friend
May 31, 2021
I first met General Cade in 1981. The General was my mother's boss and dear friend. He is the type of person that radiated integrity, authority and quality. Interacting with General Cade made you want to strive to be a better person. Thank you for being a part of my mother's and our family's life. God bless you.
John Gallagher
May 31, 2021
I had the pleasure of working with Al at Caesars in Atlantic City. He was a terrific individual who had a life well lived. My condolences to his family.
Gary Van Hettinga
Coworker
May 31, 2021
I worked with Mr Cade starting in the year before Caesars opened for about 2 years. He was such a nice man and always would find time to chat with people regardless of their position. Always smiling with that twinkle in his eyes! Rest In Peace Mr Cade
Kass Cousins
Work
May 31, 2021
I met the General at Sonny's barber shop back in the 80's. I always enjoy our sports debate's on Georgetown basketball and other topics. He was always insightful and well grounded. I'm thankful for the wisdom that he imparted to us younger men at no charge. Thank you General for all you gave us at the barbershop. I hope God grant's you rest. You won the race ! My condolences to his family. May you day's be brighter soon !
Richard Morman
Acquaintance
May 31, 2021
I had the pleasure of working with Mr. Cade during my tenure at Caesars. We were usually the first two to arrive in the morning, and would solve all the world´s problems. When his valued assistant, June, was out of the office, I attempted to fill her shoes, which was a challenge - they were quite the team! I have thought of him often over the years and will treasure how he expanded my world through sharing his experiences. My favorite memory is how he got into the habit of referring to me as "Miss Vineland." My heartfelt sympathy to his family and friends for their loss.
Kathy Fink
Work
May 31, 2021
Mr. Cade was one of my moms most loyal, honest, true friend and boss she ever had. My mom, June Ross loved him with all her heart and he loved her just the same. My mom passed away on March 3rd and I know for sure she greeted her dear friend with open arms. Our love to the entire Cade family.
Rosie Hewitt
May 31, 2021
Condolences to the family
Linda Nettles Barbour
Neighbor
May 31, 2021
On behalf of A.L. Bennett and Son Funeral Home, we express our deepest condolences during this difficult time. We extend continued prayers of strength and comfort. Our thoughts are with your family.

A.L. Bennett and Son Funeral Home
May 19, 2021
Al Cade was my home boy - (Emporia, VA) . He inspired me to attend Va. State and to become an Omega man. This was in the early 1950s. As a high school senior. I visited Al when he was President of VSC Student government. I joined Nu Psi in 1954. What a blessing to have had him as a role model. A great Man!
TURNER SPENCER
Brother
May 18, 2021
Al Cade was a leader on the campus of Va state . I don't think anyone was surprised at his great success in the military. May God comfort his family during this period of sadness,
Lawrence Lipscomb
Acquaintance
May 14, 2021
Showing 1 - 15 of 15 results