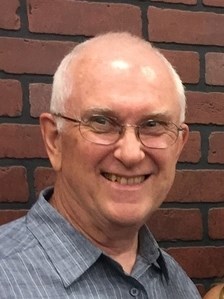 Danny Louis "Dan" Gillaspie, 73, of Enid, Oklahoma died and went peacefully into the arms of his Heavenly Father on August 21, 2021 at Integris Bass Baptist Hospital in Enid, Oklahoma, surrounded by the family that he laughed with, lived for and loved.

He was a member of Cornerstone Evangelical Free Church in Enid where he served as Treasurer and operated the sound system.

He held his love for Jesus Christ above everything else, but his family was a close 2nd. We will celebrate the life of this Christian husband, father, Papa, pilot, friend, teacher, fisherman and fisher-of-men at a date TBD. One celebration will be held near Enid, Oklahoma led by Pastor Al McVety; one in Deep River, Iowa assisted by Ed Evans and The American Legion Post 296; and one at Charlie and Darlene Gillaspie's Homestead near McAlester, Oklahoma over next 4th of July, 2022 holiday weekend. Anderson-Burris Funeral Home, Enid, Oklahoma, will have a tribute page on their website.

In lieu of flowers, the family asks that donations be made in memory of Dan Gillaspie to: