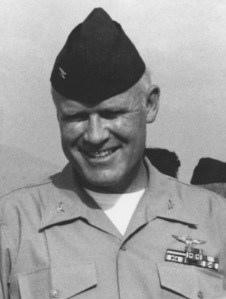 BORN
1939
DIED
2021
Frank H. DuBose Jr. died peacefully at home on July 23, 2021, surrounded by his family. Frank was born in La Grange, GA in 1939 and when he was a young boy his family moved to Manhattan Beach, California. There Frank developed a love of sailing which would last his whole life. He was locally famous in high school for sailing an 8-foot Sabot from Redondo Beach to Catalina Island with his best friend and Mira Costa High classmate, Val Newell. He also was a beach loving teen who preferred body surfing to almost anything else. While working a summer job as a letter carrier for the U.S. Postal Service he would sprint his entire route so he would have time in the afternoon to hit the waves.

Frank attended Auburn University, graduating in 1961 with a degree in literature. He was president of the Pi Kappa Alpha fraternity and was in the ROTC program. After graduating, Frank enlisted in the Marine Corps and was stationed in Pensacola, Florida for flight school. It was there that he met the love of his life, Carolyn Lowell. They were married in 1964 beginning a long and incredibly happy marriage. Frank was deployed to Vietnam in August 1965 and was stationed near Marble Mountain just south of Da Nang and flew CH-37 helicopters, tasked with flying into combat zones to pick up and transport wounded soldiers. He was shot at many times but came out unscathed. His base was on the beach and in his spare time he built a catamaran out of discarded gas tanks and parachutes and taught his Marine buddies to sail. Although he experienced the pain of war and lost friends, he was in awe of the beauty of Vietnam. He enjoyed flying high above the treetops and he took many photographs of the landscape and the local people he met. He continued to fly helicopters for the Marine Reserves for many years after returning home, and he commanded the Marine reserve squadron HMM-764 in Tustin and served as the "Air Combat Element Commander" in CAX exercises. He retired in 1992 as a full bird Colonel.

As a civilian, Frank flew helicopters for L.A. Airways then took a job at Home Savings & Loan in 1971. His career at Home Savings spanned 25 years and he ultimately held the position of Vice President, responsible for over 200 branches nationwide. Frank was also a partner in the design of many historic branches that are still recognizable today. He was known throughout the bank for his kindness, love of people, a good story, and a booming laugh (often at his own jokes) that could be heard far beyond its intended audience. Throughout his 25-year career at Home Savings, he nurtured leadership and camaraderie with hundreds of colleagues and became a mentor and role model for many.

Frank was a self-taught carpenter. He built furniture, toys for his kids and grandkids and even a chicken coop for the family's adopted rooster. He was also a very accomplished artist and developed a following among fellow service members for his highly detailed renderings of military aircraft.

But more than anything, his family was the central focus of his life. He is survived by his wife Carolyn, his three children: Mark DuBose, Dana DuBose and Kirk DuBose, and his 4 grandchildren: Lillian Carnese-Driscoll and Elijah DuBose (Kirk), Oliver DuBose (Dana), and Hugh DuBose (Mark). He is also survived by his two sisters Polly DuBose Pitsker and Frances DuBose Johnson. He was pre-deceased by his brother, Edwin "Chip" DuBose. Each of these family members, and many others, benefited from his generosity and kindness and his absolute commitment to their happiness. He will remain firmly in our hearts and minds and memories.

Published by MilitaryTimes.com on Aug. 31, 2021.
To plant trees in memory, please visit the Sympathy Store.
MEMORIAL EVENTS
To offer your sympathy during this difficult time, you can now have memorial trees planted in a National Forest in memory of your loved one.
MAKE A DONATION
MEMORIES & CONDOLENCES
0 Entries
Be the first to post a memory or condolences.