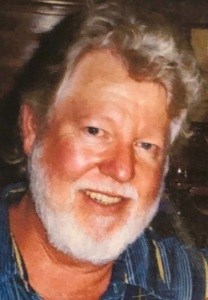 BORN
1948
DIED
2021
Joseph Anderson (Andy) Garrison of Sanford, Florida, died on July 25, 2021, at Mary Washington Hospital in Fredericksburg, Virginia, surrounded by his loving wife Melinda, relatives, and friends. He was 73.

Andy was born on July 14, 1948, in Miami, Florida. He grew up in Miami Springs, Florida, and enjoyed collecting coins as a child. He attended Miami Springs Senior High and was a member of the golf team. After graduating in 1966, he attended Andrews College in Cuthbert, Georgia.

He proudly served in the United State Air Force from 1968-1973, during the Vietnam War. He studied linguistics in the Air Force and was fluent in Thai, Vietnamese, and Spanish.

When Andy returned home from the Air Force he started a Real Estate business and later owned a landscaping and nursery business that catered to celebrity clients in Spruce Creek, Florida. He also continued to play golf throughout his adult life and regularly won amateur tournaments.

After retiring he embraced his passion for collecting artifacts, antiquities, fossils, and arrowheads. He spent countless hours reading and studying until he became an authority on these topics. He also developed an interest in painting and created many works under the name "Andres".

Andy loved animals and owned many types of exotic birds. He was also fond of turtles, snakes, and alligators. One of his friends described him as a combination of "Indiana Jones" and "Crocodile Dundee".

Andy lived life on his own terms and was a very positive person.

In lieu of flowers, the family is requesting donations to the The Turtle Hospital in memory of Andy.

Published by MilitaryTimes.com on Sep. 22, 2021.
To plant trees in memory, please visit the Sympathy Store.
MEMORIAL EVENTS
To offer your sympathy during this difficult time, you can now have memorial trees planted in a National Forest in memory of your loved one.
MAKE A DONATION
MEMORIES & CONDOLENCES
1 Entry
best wishes to melinda andy was a great guy and a real man he will be greatly missed
Todd Von Zuben
Friend
September 29, 2021
Showing 1 - 1 of 1 results