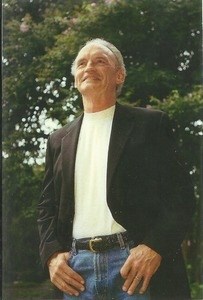 BORN
1950
DIED
2021
On May 13, 2021, a Brother, Husband, Father, and Son passed away. Peter McCarthy was born and raised in suburban New York. Peter began his active-duty military career in 1972 and served in the Air Force for twenty years. He served as a staff officer at both Air Force headquarters at the Pentagon. He retired from the Air Force in 1992 with the rank of Lieutenant Colonel. Peter then continued his aviation career in the private sector, flying on-demand charter in Lear jets and Navajo turboprops in early 1993. He became a Captain/First Officer for Southwest Airlines in mid-1993 and served there until his retirement in 2009. Peter resided in Austin, TX and is survived by his son Michael and sister Tara.

To plant trees in memory, please visit our Sympathy Store.
Published by MilitaryTimes.com on May 22, 2021.
MEMORIAL EVENTS
No memorial events are currently scheduled.
To offer your sympathy during this difficult time, you can now have memorial trees planted in a National Forest in memory of your loved one.
MAKE A DONATION
MEMORIES & CONDOLENCES
17 Entries
Upbeat Pete; none finer were ever born. Thanks, Pete, for blessing my life with your friendship.
Barry Smith '72 (CS-05)
June 29, 2021
Pete and I were roommates at the Academy. He always had a great positive attitude and was a genuine force of nature. We will miss him.
Pete Vogel
June 11, 2021
Pete was one great human being - he did have a great zest for life. Always enjoyed running into him at SWA. My condolences to his family.
Dennis Sbach "72
Work
June 2, 2021
For our first active duty assignment after USAFA, Peter and I were roommates at pilot training at Vance AFB in Oklahoma. Pete always brought a positive attitude and sense of humor throughout all of the challenges we faced. He was definitely one of the "Good Guys" and will always be fondly remembered. My wife Shelley was friends with Pete before I met her. Michael, I met your Dad when I was a Freshman in college. He, Rick Koskella and Bernie Carey were great friends of mine. We spent a lot of time together. Your Dad had an infectious zest for life. For my 19th Birthday he actually handmade me a bikini out of the denim he had cut from a pair of jeans to make cutoff shorts! Obviously it didn´t fit but it was such a conversation piece. Pete was always respectful and kind. He even kept our wedding cake for us in his freezer so we could have it on our 1st Anniversary! Needless to say, I was saddened by his passing recently! God Bless and I know your memories of him will sustain you during this very difficult time.
Steve & Shelley Machacek
Friend
June 2, 2021
So sorry to hear about Pete's passing. I have many happy memories of our year at Vance in UPT, and enjoyed bumping into him at BWI a few years ago. He will be missed!
Randy Fitzhugh
Other
June 2, 2021
A great guy and excellent classmate, as the words say, "Gone but not forgotten."
Greg Marshall, USAFA '72
School
June 2, 2021
Peter, my friend and classmate. We had some grand times. Your enthusiasm for living was infectious. God Bless you Pete.
David "Smokey" Stover
School
June 2, 2021
May our Father in Heaven give you comfort and peace with Pete´s last flight. I long remember our Doolie year and Lake Navajo times with Rick Koskella - a wild, crazy, and best time! Irish Pete- having to shave for every meal formation during our first summer during BCT!
Bernie Carey
June 2, 2021
Pete was a stand-up guy. Very straight forward and dependable with an easy social manner. A friend to many. He will be missed.
Jim Putnam, USAFA, Class of 72
June 1, 2021
Rest in the arms of our Savior. Fond memories from CS-05. Tom Schenk, Class of 1972
Tom Schenk
School
June 1, 2021
To the McCarthy family. Bernie Carey and I were Pete´s first Dooley year roommates. He waterskiied with my family at Lake Navajo several times during our Academy years. And Robyn and I saw him in Austin a few years back. A wonderful man with an amazing post-flying career. RIP
Rick Koskella
June 1, 2021
Rest in peace faithful servant. You have reached out and touched the face of God. We will miss you.
Gregory L Jones, Col, USAF, ret, USAFA Class of 72
June 1, 2021
Michael ... I knew your Dad when we were in pilot training near Enid, Oklahoma. I can relate a few stories from that experience and there are several classmates who need to know of his career. Please call me ... I am in Bellevue, Nebraska 402-293-9235. Thank you.
Stuart Maas
Work
May 28, 2021
Tara and Michael, I am truly sorry to hear of your brother and Dad´s passing. Peter was an absolutely wonderful gentleman to fly with and I was blessed to have known him.
Guy Brubaker
Work
May 25, 2021
Fly high with the angels Peter. You were a pleasure to work with and constantly made me laugh. Rest In Peace good soul.
Ashley
Work
May 23, 2021
...and while with silent, lifting mind I've trod, the high untrespassed sanity of space, reached out my hand, and touched....the face of God. - Godspeed Pete
David Newill
May 23, 2021
My sincere condolences for your loss<><
Timothy Whitlock
Friend
May 23, 2021
Showing 1 - 17 of 17 results