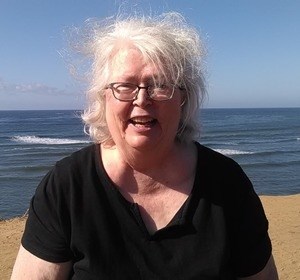 BORN
1943
DIED
2021
Major Ragena Palmer age 77 of Tijeras New Mexico died Monday August 2nd 2021 at about 0455hrs. Her death was at Mercy Hospice House in Durango Colorado; a result of natural causes from the effects of a consuming battle with cancer. It is with a profound sense of loss that we wish her farewell from this life, though it is also with a sense of relief that she was granted the miracle of a peaceful passing from this world after so much was demanded of her and her body.

She is survived by her only child and her daughter-in-law; Charles David Palmer and McKenzie Palmer and her three grandchildren; Allen, Lucius, and Corbin. They we're blessed to be able to spend significant time together during her final days and hours.

Notable among her achievements are: graduation as salutatorian of the class of 1961 from Ignacio United High School in Ignacio CO, enlistment in the US Army as part of the Women's Army Corps in 1962, earning her commission thru OCS as a US Army Officer in 1969, earning her Bachelor's degree from Fort Lewis College in Durango CO in 1973, the birth of her son in 1981, living and working all over the US and in, Japan, Italy, Greece and Turkey as part of her twenty year Army career, her retirement as a Major in the US Army in 1982, earning her Masters degree from the University of New Mexico in 1989, spending time as a substitute teacher for Albuquerque Public Schools, also time as a counselor and learning center librarian for the Community College of the Air force, lifelong service to the teachings and ideals of her faith, writing and transcribing many books, short stories, bulletins and lessons, among numerous other achievements.

She is deeply missed by those of us that tarry in the great work on this plane. As we rectify the rough stones found within ourselves into ones that are refined for our temples, let us be proud of the temple which she assuredly supplied the fine stones for in the kingdom of boundless space and endless days where the light of her love guided by her will shall shine as a star through all time and throughout all eternity.

In lieu of flowers, the family prefers donations to be made in Ragenas honor to an education, literacy or veteran focused charity of your choosing. Memorial services are planed to he held at the Church of Jesus Christ of Latter-day Saints chapel in Edgewood NM, Saturday September 4, 2021.

Published by MilitaryTimes.com on Aug. 16, 2021.
To plant trees in memory, please visit the Sympathy Store.
MEMORIAL EVENTS
Sep
4
Funeral
12:00a.m. - 12:00a.m.
18 Edgewood 7 2 blocks S of I-40, Edgewood, NM 87015 (505)281-5384
MAKE A DONATION
MEMORIES & CONDOLENCES
1 Entry
The Buckley SFB military Retiree Activities Office (RAO) would like to offer our sincere condolences and our gratitude for Maj Palmers distinguished service to our country in the Army. If you would like help with any matters related to casualty assistance, Defense Finance & Accounting Service, Survivor Benefit Plan (SBP), Veterans Affairs (VA), etc. you can contact our office on Buckley SFB at 720-847-6693. The RAO is staffed by volunteers, all military retirees themselves, and our sole purpose is to provide assistance to any military retirees and surviving spouses/family members with anything related to their military service and/or benefits, in particular during difficult times such as this. We are deeply sorry for your loss. Steve Young Lt Col, USAF, Ret Director, Buckley SFB RAO
Steve Young
August 18, 2021
Showing 1 - 1 of 1 results