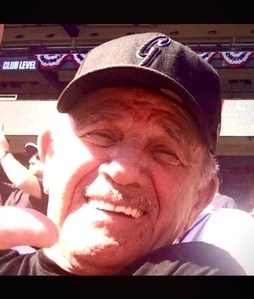 BORN
1936
DIED
2021
Born in 1936 to parents Pete and Elsie Barsuglia (deceased) in Santa Rosa, California where he graduated from Santa Rosa High School and attended Santa Rosa Jr. College before enlisting in the United States Navy in 1956.

Rick had aspirations of becoming a pilot, until it was discovered in boot camp, he was color blind. He then changed course to be a jet fighter mechanic, serving on the USS Hancock CVA-19 until 1960 where he made many lifelong friends. He was Honorably Discharged in 1962.

After the Navy, he moved to Sacramento, California where he raised his family.

Rick loved anything and everything about the game of baseball. He was a member of North Sacramento Little League and Bobby Sox. He shared his love and knowledge of the game and mentored many. He held positions in every capacity: board member, coach, manager, umpire, scorekeeper & All Stars for both leagues. He also participated in the local North Sacramento Boy Scout troup; many, many pinewood derbies and camping trips!

Rick played in city leagues as well. As soon as he was old enough he joined the Golden Seniors Softball Club of Sacramento. He served as League Commissioner in the late 80's and was instrumental in initiating the club's first umpire clinic in 1990. After 26 years, he was honored as a life member in 2011. Rick was also a member of Senior Softball USA tournament league.

Rick retired from the City of Sacramento in 1991. Shortly after retirement he moved to Placerville, California where he lived until 2019. In typical Rick fashion, he made many friends there.

Rick also found a new passion in acting in the 90's. He was cast in Volcano Theater Company's productions of Artichoke in 1998 and Egad, the Woman in White in 1999 with a credited roll of Lawyer Gilmore. He enjoyed life.

Rick was survived by his children, Dina Barsuglia (Lynn Plumback) of Texas and Charles Barsuglia (Heidi) of California; grandchildren: Kris Ford (Gina), Desireé Barsuglia; Zac Barsuglia, Jake Barsuglia and Gabriella Barsuglia, all of California and great grandson Noah Ford of Texas. Brother of Gordon Barsuglia (deceased) and Ann Brittian of Louisiana. He will be be greatly missed but cherished forever in our hearts and memories.

In lieu if flowers, please consider a donation to youth or senior sports in his memory.

Published by MilitaryTimes.com on Jul. 30, 2021.
To plant trees in memory, please visit the Sympathy Store.
MEMORIAL EVENTS
To offer your sympathy during this difficult time, you can now have memorial trees planted in a National Forest in memory of your loved one.
MAKE A DONATION
MEMORIES & CONDOLENCES
0 Entries
Be the first to post a memory or condolences.