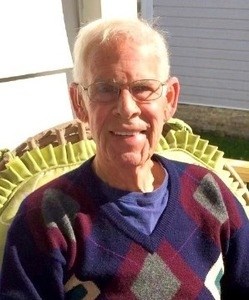 BORN
1938
DIED
2021
Robert Shaw Whitely born October 20, 1938 in Alleghany, PA passed away on August 2, 2021 in Lawrenceburg, KY, peacefully at his home after a long and brave battle with Alzheimer's disease, surrounded by his loving family and friends. Rob served in the U.S. Army overseas and served his community for 20 years as a firefighter and paramedic and retired at the rank of Lieutenant. He was recognized for his actions and bravery multiple times by the Chicago Fire Department and was the subject of many practical jokes during his career. He was also an EMS and CPR instructor and touched many lives in a kind and caring way. Additionally, he enjoyed a long career as a successful salesman who hit record sales wherever he went. He thoroughly enjoyed his coffee and donuts while sitting out back of his home with his wife in Lawrenceburg, KY. He stayed active in various communities volunteering at the hospital or senior center and delivering food to those in need until his passing.

Memorial services will be October 22, 2021 at 12:30pm held at Camp Nelson National Cemetery in Nicholasville, KY.