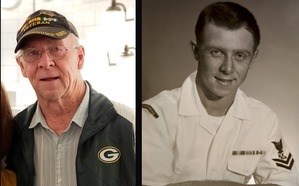 BORN
1941
DIED
2021
Steve passed away peacefully at his home with loved ones by his side after losing his battle with cancer, which was brought on by his exposure to Agent Orange during 3 Campaigns in Vietnam (he was 12 days short from completing 4 consecutive Campaigns).

Steve was born in Sweden and moved to the United States at the young age of 14. He dreamt of becoming a Naval Fighter Pilot, and in his early 20s he was going to get drafted by the U.S. Army, but he wanted to continue his family's Naval service tradition, so he joined the U.S. Navy instead. In 1964, he would call the USS Mathews (AKA-96) home for almost four years during his deployment to Vietnam. During his long tour, he traveled to the Philippines, Japan, South Korea, and Hawaii, but the bulk of his deployment kept him in Vietnam.

Once back stateside, Steve transferred to the Naval Reserves, and worked to obtain his degree in Bachelor of Fine Arts. He finally had the opportunity to attend Office Candidate School, then begin his Naval Aviation training, but injuries sustained while on his ship, experiences from Fast Boat duty and while in the jungles had taken their toll on him. He decided to move on. He eventually ventured into the art of home remodeling.

Steve fulfilled his military obligation and received an Honorable Discharge at the rank of PO2 (Petty Officer Second Class) as a Boatswain's Mate.

He is survived by his wife Lucy; children Veronica, Carol, and Neil; sons-in-law Jon and Lawrence; and his grandchildren Nicole, Amanda, Savannah, and Christopher.