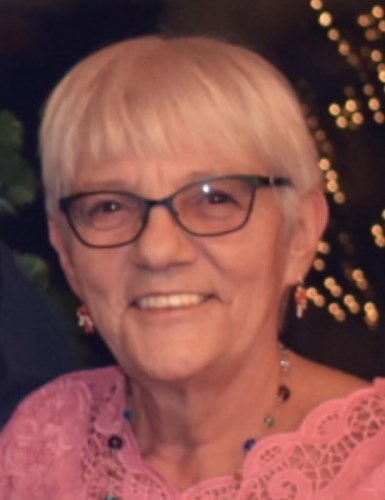 BORN
1953
DIED
2021
FUNERAL HOME
Dresser-Methven Funeral Home
124 Maple Avenue East
Mora, MN
Antoinette "Toni" Clara Strecker, 68, of Wahkon, passed away peacefully surrounded by her family at home on Wednesday, November 10, 2021 after a long courageous battle with cancer. She was born March 7, 1953 in Olivia, MN to Clarence and Monica (Lafontaine) Schwer. Toni grew up in Bird Island and graduated from Bird Island Lake Lillian Highschool in 1971. On July 3,1971 Toni married Dan Strecker at St. Mary's Catholic Church in Bird Island. The couple raised their two children in Bird Island until moving to Farmington in 1985. While living in Farmington she provided daycare for the neighborhood kids and also enjoyed working as a bartender. In 1994 they purchased their home in Wahkon, MN. In 2001 Toni and Dan purchased Wayne's Sanitation. Toni worked as a bookkeeper for the business until their son took over in January of 2017. In Toni's free time she worked at Little Sprout Greenhouse, volunteered at One More Time, and was very active in the AA community for the past 11 years. However, her greatest joy was spending time with her family. Toni will be dearly missed by all who knew her.

Toni is preceded in death by her parents, Clarence and Monica Schwer, and her brother, Peter.

A Celebration of Life will be held at the Wahkon Inn Saturday, November 20, 2021 with Luncheon beginning at Noon.

Published by Mille Lacs Messenger from Nov. 12 to Nov. 26, 2021.
To plant trees in memory, please visit the Sympathy Store.
MEMORIAL EVENTS
To offer your sympathy during this difficult time, you can now have memorial trees planted in a National Forest in memory of your loved one.
Funeral services provided by:
Dresser-Methven Funeral Home
MEMORIES & CONDOLENCES
Sponsored by Dresser-Methven Funeral Home.
0 Entries
Be the first to post a memory or condolences.