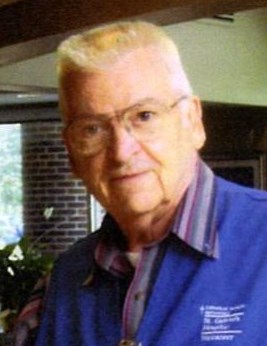 A Celebration of Life will be at the United Methodist Church in Onamia Friday, Oct. 22 at 11 a.m.

Charlies Frederick Bye was born to Clyde and Grace Bye on May 21, 1934 in Aitkin, Minn. In 1939, the family moved to Onamia. Charlie attended and graduated from Onamia school. Shortly after, Charlie joined the Army and served for two years.

On Jan. 1, 1955, Charlie married Rose Klinstra. From this union they had four sons: Terry, Mike, Greg and Todd. They farmed near Onamia raising sheep, pigs, goats and clearing land. Charlie also worked at the Onamia Bank during this time.

On June 19, 1992, Charlie married Mary Bistodeau. The love of outdoors and nature was the motive to buy and move up by Sandstone. Heart problems brought them to Little Falls. While living there, Charlie enjoyed playing cards and volunteering at St. Gabriel's Hospital.

Charlie will be remembered for his listening skills. "Everybody has a history, all you have to do is ask questions." Often said by Charlie. People were drawn to Charlie as he was easy to talk with.

Preceded in death by brother Richard Bye and his wife Vivian and grandson Glen "Bubba" Bye.

Charlie requested his body to be donated to the Anatomy Bequest Program, University of Minn. Medical School.
Published by Mille Lacs Messenger from Oct. 15 to Oct. 29, 2021.
To plant trees in memory, please visit the Sympathy Store.
MEMORIAL EVENTS
Oct
15
Celebration of Life
11:00a.m.
United Methodist Church
Onamia, MN
MEMORIES & CONDOLENCES
2 Entries
ILHMTTNG!
Cynthia Marriott
Friend
October 22, 2021
I can't tell any anyone how very much I love Charlie but then everyone who knew him loved him. What a great joy to know him, I was lucky to!
Cynthia Marriott
Friend
October 22, 2021
Showing 1 - 2 of 2 results