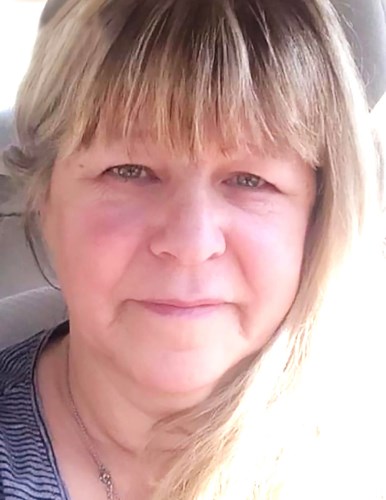 BORN
1957
DIED
2021
FUNERAL HOME
Akkerman-Ingebrand
825 S. Union St.,
Mora, MN
Cindy A. (Hughley Weaver) Larson, of Isle, formerly of Mora, passed away on Sunday, September 26, 2021, at the University of Minnesota Hospital in Minneapolis from complications of COVID-19. She was 64 years old.

Cindy Ann was born the 2nd child of 4 on May 6, 1957 in Rochester, MN to Ernie and LaVonne (Silker) Butts. Cindy grew up in Austin, MN with her siblings Carol, Sue, and Bill. Cindy was married to David Hughley in 1976. That marriage resulted in 3 children, Joshua, Jeffrey, and Jessica. Cindy and Dave moved their family to a farm in Isle, MN in 1984. Where they raised their family until they separated.

Cindy married Jerome Weaver in 2003. She and Jerry operated CJs Resort in Wahkon, MN during their life together until Jerry became ill and Cindy was widowed in 2009. She and Jerry lived in Mora, MN.

Cindy has been a caregiver with the Volunteers of America for 24 years. She had a passion for the individuals she cared for. Each of them became like family to her. She started her career with the VOA in Wahkon, MN where she had the pleasure of working with one of her closest friends, Sue Kingsbury. She then spent many years caring for the residents in Princeton and most recently was working in Milaca, MN. She made the transition to Milaca to support the needs of Lori Kent who Cindy has been taking care of for 18 years. Lori became like a daughter to Cindy.

The things that brought Cindy the most enjoyment in her life were the people in it. Cindy loved spending as much time with her grandchildren as she could. She would take them to movies, the park, waterparks or simply just her home where they could snuggle and play. Cindy also enjoyed her "girls' day" with her sisters, Carol and Sue, and sister-in-law, Jen. They would spend the day shopping at the Mall of America followed by the latest movie release. Cindy simply loved living and being with the people she cared most about. For those that knew her, they knew that she was the kindest, most giving person.

Cindy was a regular attendee at Emmanuel Baptist Church where she was Baptized in Christ in 2019.

A Funeral Service was held on Thursday, September 30, 2021 at the Emmanuel Baptist Church in Mora with Pastor Mike Rue and Pastor Dave Everson officiating. Interment was at MN State Veterans Cemetery in Little Falls, MN. Arrangements were entrusted to the Akkerman Ingebrand Funeral Home of Mora. Condolences may be posted at www.aifuneralhome.com
Published by Mille Lacs Messenger from Sep. 29 to Oct. 13, 2021.
To plant trees in memory, please visit the Sympathy Store.
MEMORIAL EVENTS
Sep
30
Funeral service
Emmanuel Baptist Church
Mora, MN
Funeral services provided by:
Akkerman-Ingebrand
MEMORIES & CONDOLENCES
Sponsored by Akkerman-Ingebrand.
0 Entries
Be the first to post a memory or condolences.