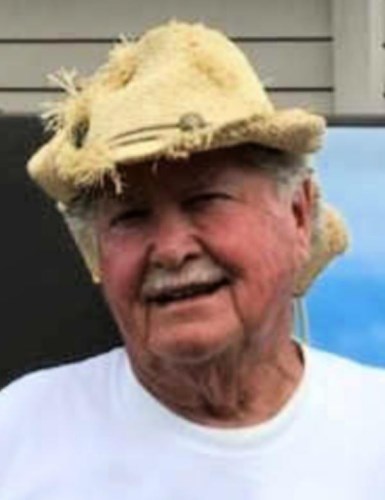 Donald was born to Owen and Norma (Higginbotham) Sargent in Cordova, Alabama on May 17, 1942. He resided in or near Cordova until January 1960 when he decided to join the U.S. Army. Don served in the military until 1963 and moved to Minneapolis in May 1963. He met Joanne Ruth Dahlke from Hawkins, Wisconsin and they were married on August 31, 1963 at Central Lutheran Church in Minneapolis. One son, Van William Sargent, was born on June 1, 1965.

Don was employed by Minneapolis Moline, Pako Photo and later Park Furniture, living in Minneapolis until 1987. They then moved to St. Paul. Don worked in the upholstery business for 35 years, mostly as shop foreman, for Mastercraft, U.S. Upholstery and Rockford Upholstery. He retired in April of 1999 and Don and Joanne moved to McGrath, Minnesota. Don enjoyed fishing and golfing. Most of his retirement was spent fishing on Lake Superior (which he loved) or traveling. Alaska was the highlight as his 50th of the U.S. states. He looked forward to his trip to Alabama every winter to be with family and friends.

Donald was preceded in death by his parents, Norma and Owen, sister Shirley Sargent, and brother Danny Sargent.

He is survived by his wife Joanne of 58 years; son Van of McGrath, MN; brother David (Jean) and sister Brenda Maloy (Rodney); sister in law Sheila Sargent; numerous nieces and nephews; plus other relatives and friends.

In keeping with Don's wishes, no services will be held. Arrangements are by the Akkerman Ingebrand Funeral Home of Mora. Condolences may be posted at www.aifuneralhome.com.
Published by Mille Lacs Messenger from Nov. 12 to Nov. 26, 2021.
To plant trees in memory, please visit the Sympathy Store.
MEMORIAL EVENTS
To offer your sympathy during this difficult time, you can now have memorial trees planted in a National Forest in memory of your loved one.
Funeral services provided by:
Akkerman-Ingebrand
MEMORIES & CONDOLENCES
Sponsored by Akkerman-Ingebrand.
0 Entries
Be the first to post a memory or condolences.