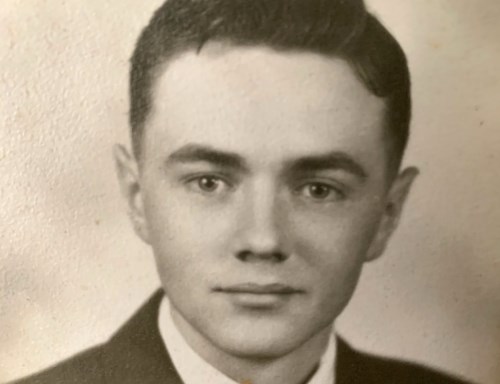 BORN
1927
DIED
2020
FUNERAL HOME
Shelley Funeral Chapels - Onamia Chapel
100 Pine Street N
Onamia, MN
Phillip C. Schubert, age 93, of Saint Cloud, MN formerly of Wahkon, MN passed away on Wednesday, October 14, 2020, at the Saint Cloud VA Health Care System in the Community Living Center. Mass of Christian Burial will be held at Sacred Heart Catholic Church in Wahkon, MN at 10:30 AM on Saturday, October 16, 2021, with Father Jerry Schik, osc officiating. Visitation with family and friends will be held one hour prior to Mass at the church.

Phillip Conrad Schubert, the fifth of seven children, was born on August 11, 1927, in Isle, MN to Edward and Jane (McGraw) Schubert. As a child, he grew up on the family farm during the Great Depression where he learned the value of hard work. He graduated from Isle High School in 1946. Phillip enlisted in the United States Army on October 2, 1946 and served in Kokura, Japan as a light mortar crewman and message center clerk. He received an honorable discharge from active duty on March 10,1948. He worked as a painter in Minneapolis before returning to Wahkon to work on the family farm with his father and two brothers, Vincent and Leonard. Together they operated the dairy farm in addition to raising sheep, pigs and chickens. Phillip and his brother Leonard also did custom silo filling for other farmers in the area. In 1985 he retired from farming and later went to work for Merit Enterprises in Isle, MN as a driver until the age of 81. In retirement Phillip enjoyed observing the neighbors' farming operations, deer hunting, planting pine trees, 4-wheeling, and spending time with his nieces and nephews.

Phillip is survived by his sister, Mary Schubert; and 17 nieces and nephews.

He was preceded in death by his parents; brothers, Vincent, Raymond, Lawrence and Leonard; and his sister, Alice.