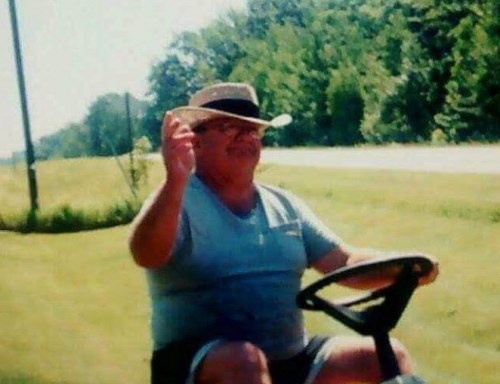 Richard was born November 23, 1934, in Foreston, Minnesota, to Thomas and Hazel (Bratt) Walbridge. Richard married Mildred Ida Ann Odegaard on August 20, 1955, and together they raised their four children on a farm just north of Milaca.

Richard worked for Land O Lakes for 42 years; first delivering milk to homes, schools, and retail stores. He finished his career with Land O Lakes driving semi and bulk trucks; and then delivered new semi-trucks for Rheen Motors of St Paul. Richard and Mildred retired to summers on Big Sandy Lake in McGregor, and then to Rockport, Texas, for 10 years where they enjoyed the ocean and visits from their children.

Richard enjoyed fishing, bowling, family camping trips, and trips out west, nothing was better than a good old road trip. He loved watching college football, and you did not dare attempt to switch the channel during a good game. The Christmas holiday was always special to him, there was always a good meal, lots of laughs, and family sitting around the table filled his heart and he filled theirs. Richard was the rock and foundation for his family, he loved his family and was always there for them, unconditionally. To the world he might be just one person, but to his family, he was the world.

Published by Mille Lacs Messenger from Nov. 15 to Nov. 29, 2021.
To plant trees in memory, please visit the Sympathy Store.
MEMORIAL EVENTS
To offer your sympathy during this difficult time, you can now have memorial trees planted in a National Forest in memory of your loved one.
Funeral services provided by:
Peterson-Johnson Funeral Home - Milaca
MEMORIES & CONDOLENCES
Sponsored by Peterson-Johnson Funeral Home - Milaca.
0 Entries
Be the first to post a memory or condolences.