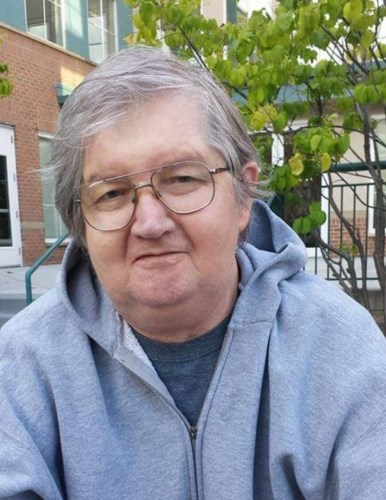 BORN
1954
DIED
2021
FUNERAL HOME
Methven Funeral Home
114 5th Street
Sandstone, MN
Robert "Bob" Frank Nolan passed away at the age of 67 with his loving wife of 43 years by his side on September 24th 2021, as their 9 children watched in a separate room via live stream, due to covid restrictions.

Robert was born to Norbert and Emma Nolan(Jensen) on March 13th, 1954 in Rush City, MN along with his twin sister, Carolyn. On June 24th, 1978 he married Dorothy Frehse in McGrath, MN. They resided in various areas in central Minnesota until they settled in McGrath, MN where they raised their 9 children.

Robert grew up in Sandstone, MN and graduated from "The Rock" in Sandstone. Throughout his life he worked in various fields of manufacturing, roofing, and as a sawyer which he was most passionate about.

He enjoyed camping, fishing, visiting with friends and reminiscing about their younger years. Most of all, he loved spending time with his kids and grandchildren.

He fought COPD for many years. The family will be forever grateful for the young person's donation of a lung as they were able to have him on this earth for 6 more years.

Robert is preceded in death by his father Norbert, mother Emma, daughter Janet, and brothers Francis and John.

Services will be held at Methven Funeral Home in Sandstone, MN on Thursday October 7th at 1:00 pm, visitation will be one prior to the service. There will be a gathering/luncheon following the service, details will be provided at that time.

www.methvenfuneralhome.com
Published by Mille Lacs Messenger from Sep. 29 to Oct. 13, 2021.
To plant trees in memory, please visit the Sympathy Store.
MEMORIAL EVENTS
To offer your sympathy during this difficult time, you can now have memorial trees planted in a National Forest in memory of your loved one.
Funeral services provided by:
Methven Funeral Home
MEMORIES & CONDOLENCES
Sponsored by Methven Funeral Home.
0 Entries
Be the first to post a memory or condolences.