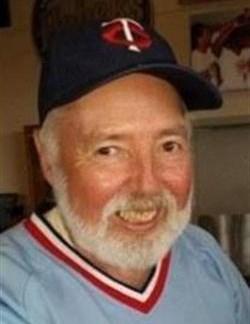 BORN
1952
DIED
2021
FUNERAL HOME
Emblom-Brenny Funeral Service
900 First Street Southeast
Little Falls, MN
Roger Block, 69 year old resident of Hillman, MN died Saturday, November 6 at Mille Lacs Health Care in Onamia. A Mass of Christian Burial will be held on Friday November 12 at 1:00 P.M. at Holy Family Catholic Church, Bulldog Lake. A visitation will be held from 4:00 to 8:00 P.M. on Thursday, November 11 at Emblom Brenny Funeral Service in Pierz and from 11:30 A.M. until the hour of the service on Friday at the church. The burial will be held in the parish cemetery. The Hillman American Legion Post #602 will be conducting the military rites.

Roger Block was born on May 24, 1952 to the late Ted and Marie (Gross) Block in Little Falls. Roger grew up in the Hillman area with his siblings, Audrey, Terry, Julie, Carol, and Ron. He attended school in Onamia. After his schooling he served his Country in the United States Army from 1972 until his honorable discharge in 1974. He returned to the Hillman area, where Roger was united in marriage to Sandy Dombovy on November 27, 1976 at Holy Family Catholic Church Bulldog Lake. The couple made their home in Hillman. He worked in the construction industry (concrete, roofing, and heating/cooling), but is best known for bartending at the same location for 45 years (Boser's, Good Time Charlie's, and the Looney Bend). He was a charter member of the Hillman area first responders. Roger enjoyed card parties, watching football and baseball, throwing Superbowl parties, playing scrabble, visiting his daughter (Rhea) in Fargo/Horace, going out to eat, gardening, eating peanut M&M's, drinking Miller Lite, baking bread, teasing his sister (Carol), and shooting the BS with friends. Roger was a member of the Hillman American Legion Post #602 and the Ten Mile Gun Club.

He is preceded in death by his parents, Ted and Marie Block; brother, Ronald Block; brothers-in-law, Douglas Johnson and Wesley Rowcliffe.

Emblom Brenny Funeral Service is Cherishing the Memory and Celebrating the Life of Roger. 320-632-4393.

Published by Mille Lacs Messenger from Nov. 9 to Nov. 23, 2021.
To plant trees in memory, please visit the Sympathy Store.
MEMORIAL EVENTS
To offer your sympathy during this difficult time, you can now have memorial trees planted in a National Forest in memory of your loved one.
Funeral services provided by:
Emblom-Brenny Funeral Service
MEMORIES & CONDOLENCES
Sponsored by Emblom-Brenny Funeral Service.
1 Entry
My earliest memories of Roger are of him as my babysitter. I'll always remember that bright smile and gentle spirit. Many condolences to the family; he was a real gem and will be missed.
Kim Bruntmyer (Rieke)
November 10, 2021
Showing 1 - 1 of 1 results