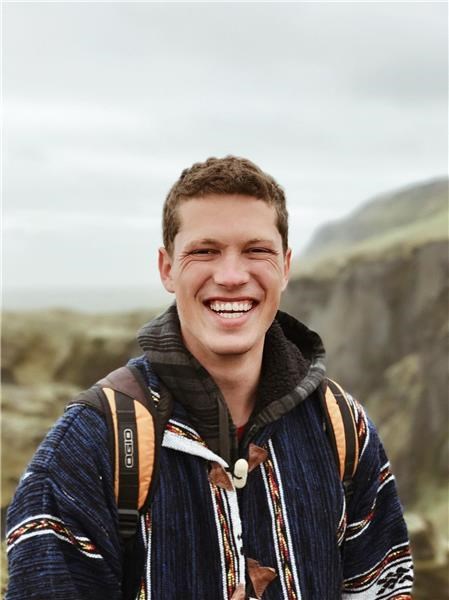 Alexander Crockett Braun, 26, died of injuries sustained while hiking in Ireland on July 1. Born Sept. 18, 1994, in Missoula, he was the son of Virginia Vickers Braun and the late Eric R. Braun. In 1997, at age 3, Alex moved to Lima, Peru, with his family, where his father was manager of a geological exploration office. Alex grew up bilingual, but his preferred language was Spanish. He attended Colegio Leonardo da Vinci in Lima until midway through the 5th grade, where he created exceptional works of art for a child his age. An outstanding athlete, he enjoyed playing futbol (soccer) and tennis. After moving back to the United States in 2005, he won the Western Montana Boys' 12 singles tennis championship at age 10 and went on to win numerous state and Intermountain tennis titles. He attended Missoula's Sussex School in the 7th and 8th grades.

Alex played tennis for Hellgate High School, where he was an honor student. As a freshman in 2010, he and his brother Eric, a senior, won the Montana State doubles championship, fulfilling a dream they had always had of playing together. In 2011, he won the Boys' 16 singles, the Boys' 18 singles, and the Men's Open at the Western Montana Open Tennis Tournament. During the summers, Alex taught tennis for Missoula Parks and Recreation and then taught back East, first at the Kent School in Kent, Conn., and later at the Windridge Tennis Camp in Burlington, VT. He played tennis for the University of Montana Grizzlies his freshman and sophomore years and graduated in December 2016 with a major in geology as a Global Learning Fellow.

Always an adventurous spirit, Alex set out to explore the world on his own after graduating six months early. Starting out in Vietnam, where he worked on a water quality program as part of his studies at UM, he eventually ended up in Europe, where he was joined by his family for a memorable vacation at the 2017 French Open in Paris. In addition to his love for playing tennis, Alex loved the outdoors and enjoyed hiking, backpacking and skiing. He had a wonderful sense of humor and treasured his friendships above all else. Compassionate by nature, he had a very moral character and volunteered for three years as a basketball coach for Special Olympics during high school. "Alex never said an unkind word, and was always so positive and charming," said the mother of a close friend.

Alex began his career in geology learning about grassroots exploration with La Cuesta International in Oregon and Nevada. In the summer of 2016, he had an internship with Pucara Resources Corp. and Bear Creek Mining, working in the Peruvian Andes. He worked as a wellsite geologist for Selman & Associates in Midland, Tex., in 2017 and for more than a year as an exploration geologist for Northern Vertex Mining in Bullhead City, Ariz. Wanting to broaden the scope of his studies, he received a full-ride scholarship to study geological engineering at University College in Dublin. Alex completed his master's degree in geological engineering in April 2021 and was weighing job offers in Spain and in the United States when his life was tragically cut short.

A gathering to honor Alex will be held at a later date. Those wishing to make a donation in his memory are encouraged to support Special Olympics Montana or the humane society of your choice.

To plant trees in memory, please visit our Sympathy Store.
Published by Missoulian on Jul. 11, 2021.
MEMORIAL EVENTS
No memorial events are currently scheduled.
To offer your sympathy during this difficult time, you can now have memorial trees planted in a National Forest in memory of your loved one.
MAKE A DONATION
MEMORIES & CONDOLENCES
6 Entries
I am sorry about Alex. He was a nice guy.
Kelly glennon
Friend
July 20, 2021
Alex, te echamos mucho de menos. Gracias por ser como eras, siempre con una sonrisa y ofreciendo lo mejor de ti. Gracias por tratar y ser así con Lucia, no te vamos a olvidar nunca.
Maria
Friend
July 20, 2021
So sorry for your loss he was very special to us we will miss him very much we are here for you and your family the special Olympics family will greatly miss him keep us updated when the service is sheri booi
Sheri Booi and tina hunt
Friend
July 19, 2021
So sorry for your loss alex was very special to us and we will miss him alot we are here for you and your family the special Olympic family will miss him alot to keep us up to date about the service sheri
Sheri Booi and tina hunt
Friend
July 19, 2021
What a wonderful young man you raised. Your tribute is lovely and captures his essence so well for those of us who didn´t know him. Hearts are breaking for tou, Sissy. There are no words -know that you are loved and supported. My condolences to Eric and all of your family.
Jeanne Werner
July 13, 2021
I went to high school with Alex. When I studied abroad in Costa Rica, he was eager to help me practice my Spanish. His kindness and enthusiasm inspired me to continue trying, even when I could barely speak a word. I didn't know anyone who was bilingual and thought I could never get there. I remembered him the other day when I picked up my diploma from the masters degree I did in Spain at the Spanish embassy of San Francisco: I thought, "Alex Braun... What is he doing now?". Sounds like he kept having adventures and being exceptionally kind. My condolences to the Braun family, and his partner, Lucia.
Anonymous
July 13, 2021
Showing 1 - 6 of 6 results