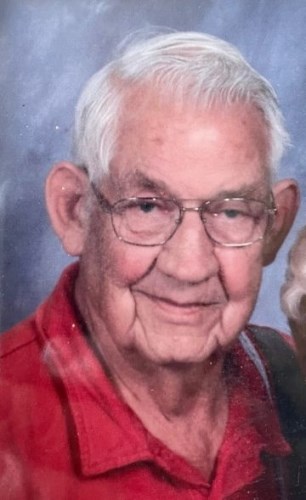 Don was born on April 16, 1932 on a homestead near Dillon, Montana. He was the youngest of nine children born to Hattie Amelia Hunt Fairbank and Townsend Carpenter Fairbank.

Don grew up in the sparsely populated area of south western Montana near the town of Dillon. He met his future wife, Orma, on a blind date in Missoula. After getting engaged, Don had to wait for two years to marry Orma, as a married woman in the 1950's was not allowed to continue training as a nurse. Don and Orma spent the majority of their married life in Missoula, Montana where Don worked in the lumber industry for over 30 years. In 1990 the couple relocated to Harlowton, Montana where they would also eventually become "snowbirds" spending winters in Yuma, Arizona. Their last few years were spent in Columbia Falls and Kalispell, Montana.

Don was a loving father and an integral part of his children's lives; he coached Little League, assisted the Boy Scouts, shared his knowledge of camping, boating, car mechanics, and remodeling skills. He did not apply the then societal limits on females, which allowed his daughters to pursue what, at the time, were purely masculine pursuits in work and sports. Don was very proud of all his children and supported them in their choices in life.

Don was an avid reader. His preferred genre was Westerns, but he also enjoyed good science fiction and science fantasy.

Don was predeceased by his parents, five sisters, three brothers, and his wife of nearly 65 years, Orma.

A celebration of Don's life will be held at a later date. Friends are encouraged to visit our website at www.buffalohillfh.com to leave notes of condolences for the family. Buffalo Hill Funeral Home and Crematory caring for the family.

To plant trees in memory, please visit our Sympathy Store.
Published by Missoulian on Jul. 16, 2021.
MEMORIAL EVENTS
No memorial events are currently scheduled.
To offer your sympathy during this difficult time, you can now have memorial trees planted in a National Forest in memory of your loved one.
Funeral services provided by:
Buffalo Hill Funeral Home
MAKE A DONATION
MEMORIES & CONDOLENCES
Sponsored by Buffalo Hill Funeral Home.
0 Entries
Be the first to post a memory or condolences.