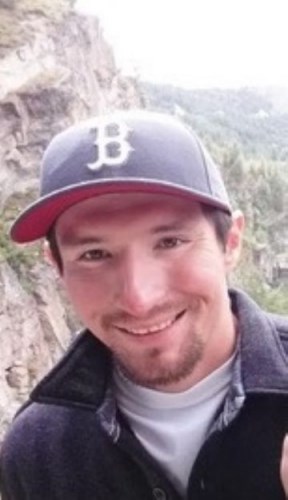 Donovan Taylor Made Charette his Northern Cheyenne name was Aenohe oxhaa'eho'oesestse (High Hawk), his Chippewa Cree name was (A Light on a Cloud) was born to Michael O. Charette (Busby) and Mamie D. Stump (Box Elder) on July 4th, 1990 at Northern Montana Hospital. Bang Bang and his mother watched his first fireworks display out the window of their hospital room. She always told him that everyone celebrates his birthday! Donovan was known by many names; Taylor, Bang Bang, Taters, Thor, Dollar, and Superman.

Taylor married the Love of His Life Ronelle Beartusk in Las Vegas, Nevada on November 10, 2019. Prior to this union he took Ariana Roni as his daughter. After this union they were blessed with a beautiful daughter who he so lovingly named Paizley Dayne Charette on November 30, 2020. He said she was his "Lucky Charm." He was so proud of being a father, and taught her how to say Da Da. They made a beautiful home in Missoula,MT.Taylor went to headstart and kindergarten in Busby, Montana. The rest of his schooling years were at Colstrip. Taylor graduated in 2009. Taylor excelled in all sports that included wrestling, flag football, football, baseball, softball, track & field, soccer and basketball. Taylor received numerous awards and ribbons in all the sports he participated in. He had many State Championships in AAU wrestling, and flag football. During his middle school years he was a member of Team Montana for three years, wrestling at the Middle School National Duels in Iowa. During his junior high school years he was nearly unstoppable. During is high school years he was all state, all conference, all four years. His freshman year he placed sixth at state, all while wrestling with a broken rib his last three matches, his sophomore year he placed third at State. His most memorable moments is when he won the State High School Championship in wrestling his junior year. "The Beast from the East" was so proud that he pointed to his family. His picture was also on the front page of the Billings Gazette that year. His Senior year he placed second at State. During this time in high school, Taylor worked at Reid's. With all these accolades he was awarded a full ride scholarship to Northern Montana College, all while maintaining a full time job at Walmart. Taylor became a wildland fire fighter and fought fire in Arizona, Colorado, Idaho, New Mexico, California, and Montana. Taylor later attended Salish Kootenai College earning his Welders certificate. Taylor was an avid softball player, playing with the Warriors, and Indians. He was well known throughout the softball community for his power hit home runs, his cannon arm; gunning many opponents out. The last two tournaments his team attended they won first place. Taylor's final job was working for CQ Fire Safety, Missoula, Montana as the Operations Manager, and Fire Suppression Technician, Taylor considered his co-workers his family.Taylor was a husband, father, son, brother, grandson, friend, and team mate to all the people he met. He was truly loved by all that knew him.Taylor will always be remembered for his sense of humor, quit wit, ability to hit home run, after home run, and the love and compassion he always gave to others, He will always and forever be fondly remembered and in our hearts for the awesome, amazing person he was. Too great to put into words.

Funeral services were May 19, 2021 at the Lutheran Church in Muddy Cluster, Montana.

Burial was held in the Fairview Cemetery in Hardin. Bullis Mortuary has been entrusted with the funeral services.

To plant trees in memory, please visit our Sympathy Store.
Published by Missoulian on May 23, 2021.
MEMORIAL EVENTS
No memorial events are currently scheduled.
To offer your sympathy during this difficult time, you can now have memorial trees planted in a National Forest in memory of your loved one.
Funeral services provided by:
Bullis Mortuary
MAKE A DONATION
MEMORIES & CONDOLENCES
Sponsored by Bullis Mortuary.
0 Entries
Be the first to post a memory or condolences.