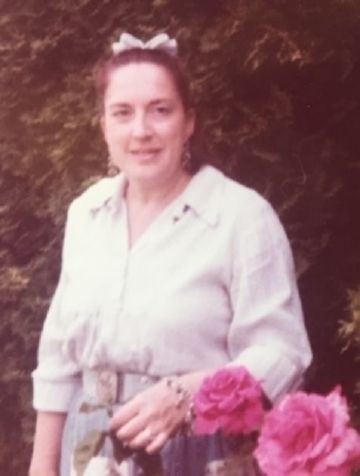 Originally from Fort Wayne, IN, Gay was brought up in the theater. She performed as a professional ballerina as a child and a soloist with the Fort Wayne Ballet as a teenager. Gay attended Butler University, Ball State, and the University of Montana, earning degrees in Education, Anthropology, and Arts & Theater. While at UM, she taught and choreographed both ballet and modern dance. She developed the first-ever touring dance company in Montana in the late 60s and early 70s. Later in life, Gay worked for many years as a nurse's aide at an assisted living facility caring for seniors and people with disabilities. In 1969, Gay married Missoula hairstylist, Lou Burton Blize, and was a devoted mother to their two daughters, Cara and Jeanette.

Gay was a firm believer in human rights and treating all people as we would like to be treated. She was a civil rights activist in the 1960s and advocated for causes she believed in throughout her life. She believed that education was the most important thing to keep us civilized and constantly evolving. She loved the fine arts, music, theater, dance, and film. Gay identified herself as a "universal humanist," respectful of all people, beliefs, and ceremonies. Gay loved animals of all kinds and is survived by her Siamese cat, Mocha.

Gay is preceded in death by her mother and father Dorothy and David M. Fisher, her early dance partner and older brother, David M Fisher Jr., and her younger brother and close friend, Richard "Dick" Fisher. She is preceded as well by her husband Lou Burton Blize, who passed in 2011.

Gay is survived by her beloved daughters and sons-in-law: Cara and Josh Nikolaisen and Jeanette Blize and Adrian Sagan; and her four grandchildren: Hannah, Ally, Everett, and Emerson.

A Celebration of Gay's Life will be hosted by her family in Missoula on Sunday, June 27, from 1 to 4 pm in the side yard at 101 W. Central Ave. We welcome you to join us in celebrating Gay with stories, memories, and creative expression. In lieu of flowers, please make a donation in Gay's honor to the Jeannette Rankin Peace Center in Missoula.