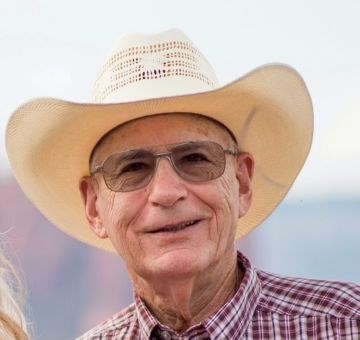 Larry D. Wade, our real cowboy, rode into the sunset to be with his Savior, Jesus, on Tuesday, Dec. 28, 2021 at Brookdale in Las Vegas, NV. Larry was born Nov. 17, 1941 in Cozad, NE to the late Don and Della Wade. His family and friends will remember him as enjoying the outdoors. He enjoyed attending and watching the PBR and NFR. Before entering his teaching career, Larry rodeoed for ten years. In 1965 he won a Regional Championship in saddle bronc riding. Larry taught Math and Science to middle school students for twenty-five years. After retiring from teaching he invented and manufactured a product which was for carrying rifles, bows, fishing poles and the like and named the company "Montana Scabbards". Larry loved playing his guitar and singing. He was in a band as a lead singer and recorded a CD. He played at weddings, birthday and anniversary parties and even a few funerals. Larry enjoyed working with his hands making bird houses, bird feeders, clocks and other crafty items.

The family would like to express their appreciation to the nursing staff at Brookdale-Vegas for their diligent and caring support of Larry while he was in their facility. He was loved and enjoyed by all. He will be greatly missed by his many friends and family, especially his wife, Sandy.

A memorial service will be held in Mesa, AZ officiated by Rich Thorson.

In lieu of flowers, the family has requested that any and all contributions or donations go to Cabinet Mountain Bible Church, P.O. Box 1475, Trout Creek, MT 59874.

Published by Missoulian on Jan. 13, 2022.
To plant trees in memory, please visit the Sympathy Store.
MEMORIAL EVENTS
To offer your sympathy during this difficult time, you can now have memorial trees planted in a National Forest in memory of your loved one.
MAKE A DONATION
MEMORIES & CONDOLENCES
11 Entries
Had lots of great times with plenty of laughs with Larry. Always enjoyed his rodeo stories, guitar and singing. We´ve lost a good man. God Bless!
Spike Schultze
Friend
January 24, 2022
I remember Larry well and smile at the memories of our conversations.
RD Marks MD
Other
January 21, 2022 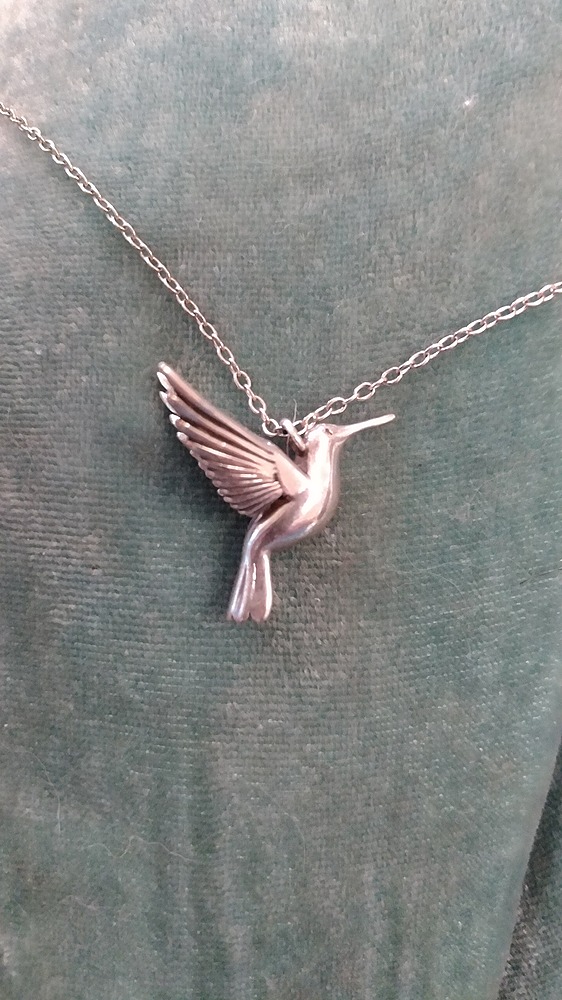 To Sandy, I want to say to you how much I appreciated your kindness,caring and love. Larry is a one in a million guy A heart bigger than the big sky of Montana. I remember his music and art in his clocks. This is a picture of my memorial necklace, where I carry my Marcus close to my heart. It can hold anything from ashes to flower or what ever. It's a lovely way to take our loved ones with us. Your in my prayers, Sandy.
Barbara Bethke
Friend
January 21, 2022
My sincere sympathy to Larry's family. I worked with him for 20 some years. I always liked visiting with him. I enjoyed his smile, his wit, and his kindness. He will be sorely missed, but never forgotten. My prayers and love are being sent your way. Ann M. Smith
Ann M Smith
Friend
January 21, 2022
My prayers and thoughts are with Sandy and the family. I knew Larry and Sandy in Missoula. I always loved Larry, he was a good friend with a big heart. May God and your loved ones help the family through this time of loss. Larry is now in heaven seeing Jesus with his own eyes. I'm know he has a joke and a song to share with him.
Barbara Bethke
Friend
January 14, 2022
Sorry to hear about Larry's passing. We shared a lot of information, tips etc. while raising and breaking horses. We lived just down the road from each other on Big Flat Road in Missoula, also had cabins on Noxon Reservoir. Missed seeing him at Huckleberry Festival in Trout Creek, pancake breakfasts etc.
Alan Stohle
Friend
January 13, 2022
My condolences go out to Sandy and the family. I taught with Larry for many years and he always kept us laughing. He was not afraid to let people know how he felt about most anything. He coached a lot of basketball and got a lot out of his players. I´ll always remember him strumming his guitar in the morning in his classroom down the hallway. The students loved coming in to hear him play. Larry was certainly one of a kind. Craig and Susan Olson Peoria, Arizona
Craig Olson
Work
January 13, 2022
I fondly remember Mr. Wade. He was my science teacher at Washington Middle School. He had a great sense of humor and was very patient with me and my learning style. My school experience was not the best, but Mr. Wade and a couple of others made it bearable because of their extra attention and support. Such a nice man! Many prayers to the family and friends he leaves behind.
Bonnie Netzley
January 13, 2022
Mr. Wade was my 8th grade teacher- we used to race doing the daily crypto-quote in the paper and he played us Gordon Lightfoot songs while we took our math tests. He will always be remembered as one of my favorite teachers.
Shannon Kinsella Thomas
School
January 13, 2022
Larry was a great guy! We enjoyed spending time with he and Sandy in Trout Creek around the campfire eating s´mores.
Ashley Roberts
Friend
January 13, 2022
Larry was my teacher and track coach when he first started teaching. Wonderful person
Janet Jones Thornburg
School
January 13, 2022
Showing 1 - 11 of 11 results