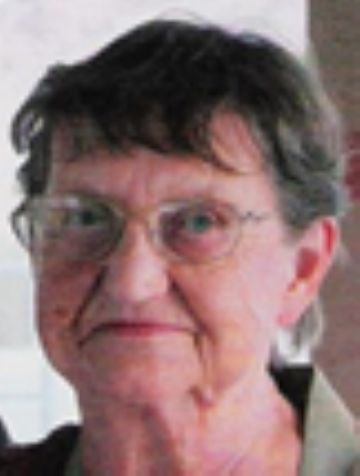 November 26, at Bee Hive Homes, just two weeks past her 96th birthday. Lavina was born on November 12, 1925 in Coeur D'alene, Idaho to Baptiste and Olive Couture. She grew up in Polson and enjoyed riding her bicycle out around the lake clear to Dayton with her best friend, Jack.

Lavina and Bill made their permanent home in Missoula in 1966, in the home where our mother would live for the next 55 years. Mom loved playing Bingo, reading, and having big family barbecues. As a couple, they loved square dancing and enjoyed couples bowling leagues, winning many trophies over the years. She also enjoyed traveling with Bill, installing science rooms throughout the south and seeing new places.

Lavina is preceded in death by her parents, her sisters, Velma and Alma and by her much loved big brother, Merlin Crawford. She is also preceded in death by her husband Bill and her daughter, Barbara Tait as well as her grandson, Brian Smith and her granddaughter, Amber Hamblin. Lavina is survived by her daughters, Carole Smith, Lisa Bratcher and her husband Dave, and Julie Greil along with her sons Stan Reeve and his wife Jeannette, and Steve Hamblin and his wife, Brenda as well as twelve grandchildren and fourteen great grandchildren.

The family would like to thank the doctors and nurses at Community Hospital as well as her caregivers at Bee Hive Homes and Hospice of Missoula.

Funeral arrangements are being entrusted to Garden City Funeral Home. Following a service for the family on Friday, December 3 at 12:00 p.m., Lavina will be laid to rest at the Missoula City Cemetery.

Published by Missoulian on Nov. 30, 2021.
To plant trees in memory, please visit the Sympathy Store.
MEMORIAL EVENTS
Dec
3
Service
12:00p.m.
MT
Funeral services provided by:
Garden City Funeral Home
MAKE A DONATION
MEMORIES & CONDOLENCES
Sponsored by Garden City Funeral Home.
1 Entry
Dear Hamblin, I am deeply sorry for your loss, may God be our refuge and strength a help that is readily found in times of distress.
JP
November 30, 2021
Showing 1 - 1 of 1 results