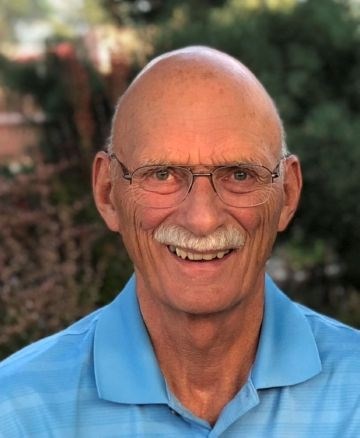 Michael Dale Thompson passed away early in the morning of July 4, 2021, in Boise, Idaho, as a result of complications of dementia. He was a long-time resident of Helena, Montana.

Mike was born on July 8, 1943, in Garnett, Kansas while his father, Eugene, was aboard a troop ship bound for the invasion of Sicily during WWII. Mike's mother, Maxine, chased him alone until Gene came home from the war in the summer of 1945.

Family moves took Mike to New Mexico, Oregon, back to Kansas and finally to Missoula, Montana, in 1956. Foster brother Ernest Gomez of Silver City, had joined the family in Springer, New Mexico.

Mike played football for the Missoula County High School Spartans, being named to the 1961 UPI All State team for his play as center and linebacker. He also defended second base on his legion baseball teams. Mike said he was always boxing above his weight athletically, but he was just big enough and just good enough to get a position as a long snapper for the UM Grizzlies to help pay for college.

Most important of all, Mike met his lifelong love, Adelle, in high school. They were married as sophomores in college and had observed their 57th anniversary.

Mike graduated in History and Political Science from the University of Montana in 1965. Having taken ROTC, he promptly became a 2nd lieutenant in U.S. Army. He trained and served at Fort Bliss, Texas, eventually commanding a Hawk anti- aircraft unit. His daughter Christine was born shortly before his deployment to South Korea in 1967.

Following military service, Mike entered UM law school on scholarship, while Adelle taught in Arlee, Montana. He graduated law school in 1973, and clerked for Justice John C. Harrison of the Montana Supreme Court in Helena. Daughter Katherine was born there in 1973. Mike became Counsel and eventually Chief District Counsel headquartered at the Fort Harrison Veterans Hospital, where he served until his retirement in 2005.

Michael was the bedrock of his family, providing strength, exercising patience and dropping in a tease whenever he could. He was reserved yet cheerful- analytical and cool headed when problems arose.

He and Adelle enjoyed several cruises and trips abroad. He was a voracious reader. He kept his interests old school. When racquetball became popular, he kept playing competitive handball at the state level into his 60s. In this no-iron age, he would always be met in neatly pressed clothes, although he believed in being comfortable at home-preferably with a glass of wine to help cope with the invasion of girls there.

Mike is survived by Adelle, Boise; Katherine (John Laible of Boise and their children, KJ, Addy, and Quinn). Also surviving is Sarah Mad Plume, daughter of Christine, who was lost to meningitis in 2011. Grandson Michael Mad Plume passed away in 2016. Mike has a brother, Mark of Helena (Barbara and children Christopher, Elise, and Blaise), as well as Ernest Gomez (Polly and their Kathy, Valerie and Tammy).

Memorial arrangements are being planned for later this summer in Helena.

To plant trees in memory, please visit our Sympathy Store.
Published by Missoulian on Jul. 13, 2021.
MEMORIAL EVENTS
No memorial events are currently scheduled.
To offer your sympathy during this difficult time, you can now have memorial trees planted in a National Forest in memory of your loved one.
MAKE A DONATION
MEMORIES & CONDOLENCES
4 Entries
I met Mike at the first District Counsel Denver office retreat shortly after I became the VA attorney for Wyoming upon the retirement of Jerry Jones in 1995. As you know, his sense of humor was infectious. I am glad to have known him. I am so sorry for your loss. May his memory be a blessing.
Alex Radich
Work
July 22, 2021
Our deepest sympathy Adele to you and your family. . Judy Thompson and all your friends from high school
Class of 1961 MCHS
July 14, 2021
Dear Adelle. I am so sorry for your loss. Mike was such a great man with such a fun sence of humor. You are awesome n my prayers.
Betty Blankenship
Friend
July 13, 2021
Mike was a wonderful man. My condolences. We are spending a lot of time in coeur d Alene. I still visualize you and Mike. My best to you!!
STEPHEN BEHLMER
July 13, 2021
Showing 1 - 4 of 4 results