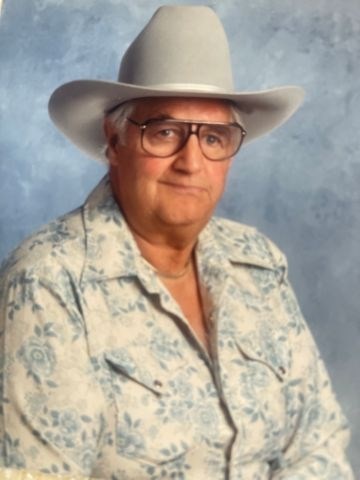 Joe Rock, 92, passed away Saturday, Aug. 7, 2021, in Missoula, Montana. Born in Missoula to Homer and Edith Rock, his Montana roots were deep. Joe's grandparents were married in the Montana Territory, and his parents were lifelong Missoula County residents. Joe attended Lolo Elementary, Hellgate High, and briefly the University of Montana. He owned and operated the family dairy in Lolo until he moved it to Stevensville in 1968. Before retirement, he operated a trucking business. With the help of his children, he lived independently in Missoula until shortly before his passing.

Joe was a "rock' – resilient, cheerful, and uncomplaining. Without a word of resentment, he remembered the hard years of the depression when his dad could not buy him a nickel candy bar, and the years when he milked cows before high school and hitchhiked home after football practice. He went on with life without a word of self-pity after losing an eye in an accident.

He loved his children and was a playful, affectionate dad. He loved farming and his cows. Building the new dairy in Stevensville was done in part to improve conditions for the cows. He relished geese hunting in the Bitterroot and Ninepipe Reservoir. Joe was an accomplished bowler and participated in several Missoula leagues. He was proud he could drive his semi-truck across the United States with only a paper map and a list of written directions. It was his great pleasure to meet with the Golden Grizzlies letterman club to celebrate their Hellgate High School winning football teams.

Joe was preceded in death by his parents, Edith and Homer Rock, and brothers, Bob and Bill Rock.

A funeral service is not planned at this time.

Published by Missoulian on Sep. 14, 2021.
To plant trees in memory, please visit our Sympathy Store.
MEMORIAL EVENTS
To offer your sympathy during this difficult time, you can now have memorial trees planted in a National Forest in memory of your loved one.
MAKE A DONATION
MEMORIES & CONDOLENCES
0 Entries
Be the first to post a memory or condolences.