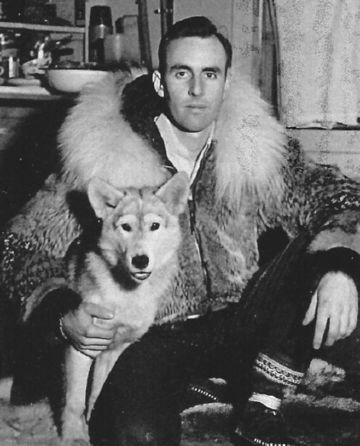 Resident of the Bitterroot for almost 50 years, Robert Clayton "Bart" Bartholomew died peacefully at home on the morning of July 11.

His early years were spent in Missouri and California wrangling the horses that he always loved.

Serving during the Korean War, Bart spent two years in the Alaskan wilderness. In his lonely outpost, Bart was responsible for spotting and reporting enemy planes. He relied on his own hunting skills to feed himself, and traded with the local Inuit people, with whom he made fast friends. They gave him many wonderful gifts and bestowed the tribal name Kiyu'ktook (Red Fox) upon him.

After the war, Bart lived in Sun Valley, Idaho where he worked as a ski instructor and had his own house painting business. Bart could easily be identified on the slopes because of his superb skiing technique. It was at this time that he met and married Pat, his wife of over 50 years.

When Pat and Bart bought their property south of Hamilton in the 1970's Bart began the building of their home. "There wasn't a nail in the place that Bart didn't hammer in" says Pat. Their home, which was a fascinating museum of their lives, was completely destroyed in the Roaring Lion fire of 2016.

After moving full time to the Bitterroot in the 1970's Bart worked for the Forest Service and local hardware stores.

He loved hiking the John Muir and Sawtooth Wilderness and all things natural. He was proud of his heritage, which included Osage and Cherokee as well as Scottish people.

Bart leaves his wife Pat, nephew Brian and nieces Terry and Sherri. He will be sadly missed.

No formal services are planned. Condolences may be left for the family at www.dalyleachchapel.com.

To plant trees in memory, please visit our Sympathy Store.
Published by Missoulian on Jul. 22, 2021.
MEMORIAL EVENTS
No memorial events are currently scheduled.
To offer your sympathy during this difficult time, you can now have memorial trees planted in a National Forest in memory of your loved one.
Funeral services provided by:
Daly-Leach Memorial Chapel
MAKE A DONATION
MEMORIES & CONDOLENCES
Sponsored by Daly-Leach Memorial Chapel.
0 Entries
Be the first to post a memory or condolences.