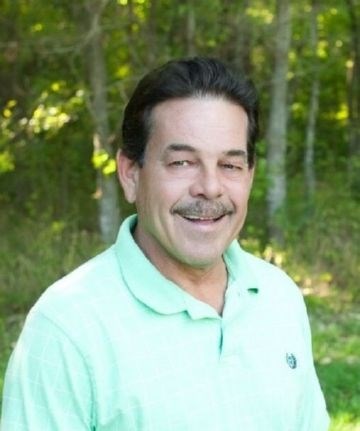 Terry Joseph McDonald died at his home in Columbia, MO Friday, July 1, 2021. Terry was born in Missoula, MT on February 25, 1955. He was a member of the Confederated Salish and Kootenai Tribe located in western Montana.

Terry attended Montana schools at Hamilton, Missoula, Havre, and Ronan. While in high school he was active in sports. He was an all-conference football player and a wrestler.

Following high school, Terry joined the Navy and became a nuclear specialist. He did nuclear training at Chicago, Idaho Falls, and San Francisco. While doing the training he married Paula Camel of Ronan. Together they had two daughters Carma and Angela. They lived in San Francisco, Seattle, Portland, Oregon, and San Diego. Terry served on a light atomic powered cruiser that would go on 90,000 mile cruises. His ship participated in the Iranian Hostage Crisis and in rescuing Viet Nam Boat People. He left the Navy after 10 years of service and put his nuclear mechanic knowledge and skills to work at the American Union Electric power plant. He and his family made their home in Columbia, MO.

While living in Columbia he became an avid Missouri Tiger Football fan. He had a specially designed tail gating trailer and enjoyed tailgating with his friends and buddies from "the plant". He attended Columbia College in late afternoons and evenings and earned a bachelors degree in business administration. Terry had a passion for golf and for fishing. He was good at both sports.

In 2018 he was forced to retire from work for medical reasons. His health continued to decline until his death.

He is preceded in death by his wife Paula and his mother Sherri. He is survived by his daughters Carma (husband Tony Bushnell) and Angela (significant other, Alex Fliss); his grandsons Jaden Torbet and Sam Bushnell; his granddaughter Sophie Bushnell; his father Joe McDonald and his brothers Tim and Tom McDonald (wife Teresa) and sister Tracie. He is also survived by seven nieces and nephews and six grand nieces and nephews.

Memorial Service will be held August 8th, 2021 from 4pm - 6pm at the home of Joe McDonald. Welcome to all friends and family. Come casual. Terry loved wearing his Mizzou gear or T-shirts from his favorite places. Address: 327 8th Ave N.W., Ronan, MT 59864.

Terry's ashes will be buried next to his wife, Paula, at the Ronan Cemetery, August 9th at 10:00am. He will receive full military honors by the Salish Honor Guard. Burial is open to all friends and family. Address: 46727 N. Foothills Dr., Ronan, MT 59864.

Arrangements are under the direction of Parker-Millard Funeral Service & Crematory, 12 East Ash Street, Columbia, MO 65203 (573) 449-4153. Condolences may be left online for the family at www.parkermillard.com.