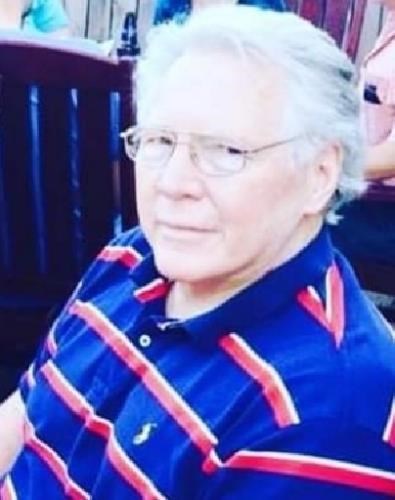 BORN
1942
DIED
2021
Charles Douglas "Doug" Hobbs passed away in the early minutes of Tuesday, September 14th in Monroeville Alabama, listening to his favorite songs with his son by his side. To everyone who knew him he leaves behind unparalleled accomplishments of world experience, an iron will to survive, and kindness. Born August 25, 1942, in Alabama, to Clifton and Hazel Hobbs, Doug was instilled with the merits and cultivation of the Southern countryside that would define his character. Beginning with his service in the Navy from 1959-1963, Doug began a life of unprecedented travel and world view. It would bring him to an unimaginable list of places: the Great Pyramids of Giza, the rainforests of Latin America, London, Paris, the summit of Mount Kilimanjaro, Okinawa, Yellowstone, Petra, the plains of Africa, Bangkok, Hawaiian volcanoes, Hong Kong- nearly every conceivable destination and far too many to list. With the entirety of the planet as a backdrop, Doug was also able to share these experiences with his family as he tirelessly provided for them. He also accumulated a broad list of professional achievements including degrees at both Cerritos College and California State, plus indispensable positions at Douglas Aircraft, Metcalf & Eddy, CRSS Constructors, USAID, and Pfizer. For all his travels, nothing provided Doug with the peace and contentment he knew as a quiet and kind community staple of Eureka Landing, just outside of Uriah, Alabama where he had always desired to spend his later years. He is survived by his five children and two grandchildren. Through a litany of illnesses spanning decades, Doug Hobbs would simply refuse to yield. Those who knew him will use this same strength he taught us to continue our lives carrying the bittersweet sadness of his absence and memory.
Published by Mobile Register and Baldwin County from Sep. 27 to Sep. 29, 2021.
MEMORIAL EVENTS
To offer your sympathy during this difficult time, you can now have memorial trees planted in a National Forest in memory of your loved one.
MAKE A DONATION
MEMORIES & CONDOLENCES
Sponsored by The Family.
5 Entries
Everyone has a handful of people in their life that makes such a big difference and impact that they change who you are and who your going to be. Doug is just that and more to me and my family. I'm going to miss our conversation, his opinion, wit, knowledge and humor, especially when it was a little twisted. He was and will always be the best of the best and my friend. See you in Paradise buddy. Rest In Peace Mr. Doug Hobbs.
Mark G Anderson
October 8, 2021
I am so sorry for your loss. I will always remember Doug as a mentor and a friend. He was a good man and we were fortunate to know him.
Dick Wechtenhiser
Work
October 4, 2021
Sorry for your lost. He was a good person!
Sandee Coumanis
Friend
October 2, 2021
We only heard the news today. Doug had many friends at IAG. He was well respected by his peers. We are all sorry to hear about his passing. We'll miss him.
James Barry Switzer
Friend
September 30, 2021
Our deepest sympathies To all of you.
Rob and Ann Bowdring
September 30, 2021
Showing 1 - 5 of 5 results