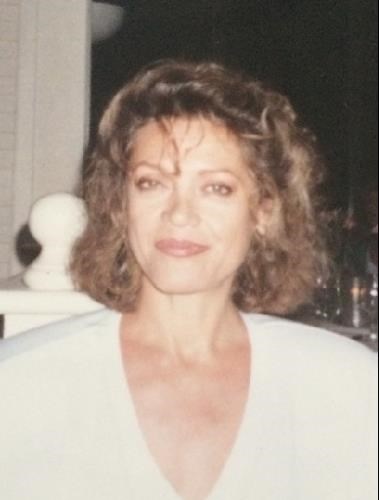 BORN
1941
DIED
2021
FUNERAL HOME
Brown-Wynne Funeral Home
1701 East Millbrook Road
Raleigh, NC
Christine (Cricket) Carter, 79, of Raleigh, NC gained her freedom from earth on September 5, 2021. She leaves a giant hole in the hearts of many friends and family. Christine was born on September 6, 1941 in Baltimore, MD. She was not only beautiful but talented in so many areas that she preferred wearing many hats throughout her interesting life. She would start her life as a hairdresser on both coasts with clients such as Jacqueline Kennedy, celebrities and the occasional Senator or Representative's wife. But her favorite clients were those she established lifelong friendships with (and she had many). Her stories in the beauty business are legendary and capture her passion for creative expression and courage. How many people can say Elvis was their first kiss ! This fantastic story exudes her curious and sometimes courageous spirit hiding behind the theater seats for hours in order to get a closer look. Little did she know she would get more than she bargained for. Christine was married twice in her life. William Fletcher Carter, now deceased, would be the love of her life. They met in Washington DC, 1968 over a wig purchase. Being a talented artist, Christine went on to train in Dermology (Permanent Cosmetics). She would also add Electrology and Hypnotherapy to her list of careers. In the late 90's, she finally bought an old house in Midtown Mobile, Al and opened her own Day Spa which thrived with her creative aspirations and loyal clientele for many, many years. In 2013, Christine retired and moved to Raleigh, NC to be closer to one of her daughters and grandsons. She enjoyed exploring art, reading and spending time with her little dog Evve. After a long struggle with many health-related challenges, Christine joined the angels in heaven who we are sure are surrounding her with love and healing. She joins her parents, Anne Wilkes and Chris Nicholas, Peter Nicholas, William Carter, several beloved Aunts and Uncles and many beloved animal companions. Christine is survived by her two daughters, Annette Christine Belanger along with husband William Lewin and daughter Teresa Ehlers, her sister Florence Jackson with husband Alton Jackson and brother James Nicholas, Grandchildren Tiffany Christine Bender; Erica Nichole Cervantes; Chris Nicholas Victor Lewin; Benjamin David Edward Lewin; Anthony Quinn; Jacqueline Quinn; Jillian Quinn; Nephews James Jackson, Michael Jackson, Philip Jackson. The family will be celebrating the life of Christine Carter at a private event but will also hold an ongoing virtual Celebration of her Life at: https://www.mykeeper.com/profile/ChristineCarter/ Fond memories and expressions of sympathy may be shared at www.brownwynneeastmillbrook.com for the Carter family.

Published by Mobile Register and Baldwin County from Sep. 22 to Sep. 26, 2021.
To plant trees in memory, please visit the Sympathy Store.
MEMORIAL EVENTS
To offer your sympathy during this difficult time, you can now have memorial trees planted in a National Forest in memory of your loved one.
Funeral services provided by:
Brown-Wynne Funeral Home
MAKE A DONATION
MEMORIES & CONDOLENCES
Sponsored by The Family.
5 Entries
It was a year earlier to the day that you made it known that you did not want to turn 80 years old. I remember so clearly your surprise and joy when I told you you were turning 79, not 80. As we approached your passing, I had no doubt that you would ride this life right up to the very last moment before turning 80, the day before your birthday. And you did. The boys and I are so grateful that we were able to be there with you and help you leave this earth with peace. I love you Mom - I know you know that now. I could tell you a million times a day and it wouldn't be enough but I hope somehow, you are receiving the message as you continue on your soul's journey. Forever
Annette Belanger
Family
October 8, 2021
It is a few weeks later and I still think of Chris constantly. It was a pleasure to be her long term friend and to actually talk to her and she to me, about that long term friendship. I miss you Chris! RIP
Patti Dye McCombs
Friend
October 2, 2021
I am so sad to hear of Chris´s passing. She was truly one of a kind! I always enjoyed visiting her shop in Mobile because there was just never a dull moment! She so loved her family and her dogs! May you Rest In Peace, Chris!
Patricia Vallée
September 25, 2021
I had the pleasure of working with Chris for a short while at a small shop in Tillmans Corner....she was very gifted in her styling talents. and was a wonderful person. My prayers go out to her family...
Carol Cambre
Work
September 25, 2021
I loved and enjoyed my time with Chris. She was definitely a trendsetter. I know you all will miss her. She spoke of her family often to me when visiting her in shop in Mobile. Prayers for all.
Amy Lassiter
September 23, 2021
Showing 1 - 5 of 5 results