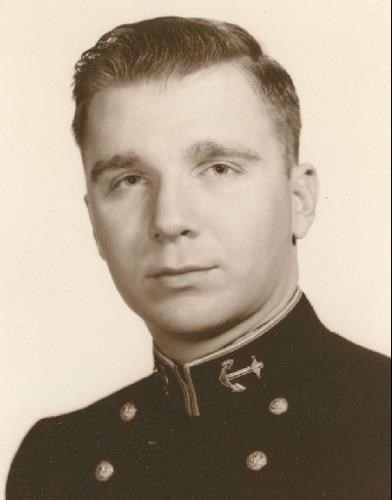 FUNERAL HOME
HARPER-MORRIS MEMORIAL CHAPEL
2276 AIRPORT BLVD.
Pensacola, FL
James Herbert Johnson, Jr., age 77, was born in Savannah, GA on September 25, 1943, and passed away on Sunday, September 19, 2021, in Pensacola, FL. He graduated from McGill Institute in 1960 and attended Springhill College before accepting an appointment to the U.S. Naval Academy in 1963. Upon graduation in 1967 as an ensign, he married Barbara Aurore Nicholas at St. Andrews Chapel at the Navy Chapel in Annapolis, MD. Following tours in Charleston, Newport, Vietnam, Adak, Long Beach, Ft. Meade and Pearl Harbor, he retired to Pensacola as Commander in 1989. While in Vietnam (1972-1973), he served as senior advisor to the harbor defense unit at the port of Vung Tau. During retirement he worked under contract training international students at the Navy Education and Training Command in Pensacola. In addition to his Navy career, Jim worked as a reporter for the Natchez Democrat from (1979-1980). His parents, Marion Partridge Johnson and James Herbert Johnson and his grandparents, Harry Anslem and Grace Druhan Partridge, preceded him in death. Survivors include his wife of 54 years, Barbara Nicholas Johnson; his three children, James Herbert Johnson, III of Los Angeles, Sarah Johnson Behnke (Matthew) of Pensacola, and Bridget Johnson Sharp (Steve) of Pensacola; as well as his grandchildren he so fondly referred to as, "his precious girls" are Izabel Behnke and Molly Behnke of Pensacola; his siblings, Grace Johnson Allen (Ron), Harry Partridge Johnson, and Anne Johnson (Rodger) of Fairhope, AL. Visitation will be held 9:00am until The Mass of Christian Burial to begin at 9:30am Monday, September 27, 2021, at The Basilica of St. Michael the Archangel in Pensacola, FL, with the Very Reverend Joseph P. Callipare, celebrant. Interment will follow at Barrancas National Cemetery. In lieu of flowers, the family requests donations to Catholic Charities. Harper-Morris Memorial Chapel in Pensacola, FL have been entrusted with the arrangements.
Published by Mobile Register and Baldwin County from Sep. 21 to Sep. 26, 2021.
MEMORIAL EVENTS
Sep
27
Visitation
9:00a.m. - 9:30a.m.
The Basilica of St. Michael the Archangel
Pensacola, FL
Sep
27
Mass of Christian Burial
9:30a.m.
The Basilica of St. Michael the Archangel
Pensacola, FL
Sep
27
Interment
Barrancas National Cemetery
FL
Funeral services provided by:
HARPER-MORRIS MEMORIAL CHAPEL
MAKE A DONATION
MEMORIES & CONDOLENCES
Sponsored by The Family.
3 Entries
Jimmie's face was always such a welcome site at family events. He was such a warm person and so wonderfully easy to talk to. He lightened the room with a smile and a great sense of humor. -Sending love to the family and a big hug. -Ashley Rafferty
Ashley Rafferty
Family
September 27, 2021
In loving memory of a wonderful person. We will love you and miss you always Trout
September 23, 2021
You all are in my thoughts and prayers. Jimmy was always so nice to me and my family when we saw him. I know he will be so dearly missed. Hope to see you all soon.
Daly Lee
Family
September 21, 2021
Showing 1 - 3 of 3 results