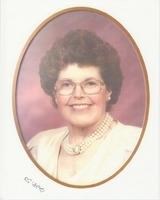 Published by Modesto Bee from Oct. 3 to Oct. 5, 2021.
To plant trees in memory, please visit the Sympathy Store.
MEMORIAL EVENTS
Oct
6
Rosary
10:00a.m.
Sacred Heart Catholic Church
1200 Lyons Ave, Turlock, CA
Funeral services provided by:
Whitehurst-Norton-Dias Funeral Service
MAKE A DONATION
MEMORIES & CONDOLENCES
Sponsored by ModestoBee.com.
4 Entries
Mary was such a special person and always so happy and nice. We were so sorry to hear of her dealth. Our thoughts and prayers go to her family.
Louie & carol CALCAGNO
Friend
October 20, 2021
My sincere condolences to the family. Mrs. Duarte taught me how to sew. I´ll never forget her patience, kind smile and big heart.
Luisa Barragan
October 16, 2021
I remember Mary when she and Joe moved to Dunn Road. My parents, Joe and Mary Souza and my brother Steve, and I lived on the next dairy ranch across Bacon Road. We visited them just after they moved in and then saw them often until they moved to Turlock. I have happy memories of them and that time of our lives. I'm sorry for your loss of your sweet, amazing mother. Evea Souza Newsom
Evea Souza Newsom
Friend
September 30, 2021
Offering our deepest condolences during this difficult time.
Whitehurst Norton & Dias Funeral Service
October 2, 2021
Showing 1 - 4 of 4 results