FUNERAL HOME
Turlock Memorial Park & Funeral Home
425 North Soderquist Road
Turlock, CA
MELVIN D. WESTBROOK
SEP. 2, 1922-DEC. 22, 2014
Melvin "Mel" Westbrook, of Turlock, was born into a farming family in Genoa, NE.  He died at age 92 on Dec. 22.
Mel moved to Turlock in 1940 where he worked as a carpenter for H. A. Hubbard.  During WWII he joined the US Army Air Corps, and as a B-24 pilot he flew 35 missions over Europe "on the books" and two OSS missions "off the books."
He was proud of his country and of his crew, only one (Richard Chapdelaine) of whom now survives him.  Richard was a Tail Gunner who Mel considered to be the brother he never had.  Mel loved to tell war stories and his family heard them almost daily.  One of his favorite expressions was, "I got a million of 'em!"
Mel was an excellent carpenter, and after working all day he spent evenings and weekends building the house he and his wife, Barbara, shared together for over 50 years.  Other hidden talents included his penchant for growing the best Stockton red onions, snowmobiling, playing guitar, a huge love of the outdoors, hunting (he was an excellent marksman) and fishing, and dancing.
Mel also loved his friends and community, where he involved himself in activities all over town.  He was an active member of the Turlock Kiwanis Club, VFW and American Legion.  He assisted in delivering pumpkins to local elementary schools, ushered at the fair, made enchiladas with the Soroptomist Club, and worked with the Arrowhead Club.
He had a smile and handshake for everyone, and as a member of the "greatest generation" he will be missed.
Mel is survived by his wife, Betty Westbrook, son Chris (Sheila) Westbrook, daughter Anne (Jim) Walls, step-children Byron, Joyce, Mark, and Joyce Anderson, Kari Doo, and one grandchild.  His first wife, Barbara Westbrook, and son Kevin Westbrook, preceded him in death.
A visitation will be held at Turlock Funeral Home on Fri., Jan. 2, from 3 to 7 p.m., with funeral services to be conducted at the same location on Sat., Jan. 3, at 1 p.m.  Private interment will take place at Turlock Memorial Park.
Memorial donations may be made to VFW, 1405 E. Linwood Ave., Turlock 95380 or American Legion, 75 Bothun Rd., Turlock 95380.
www.cvobituaries.com

Published by Modesto Bee on Dec. 31, 2014.
To plant trees in memory, please visit our Sympathy Store.
MEMORIAL EVENTS
To offer your sympathy during this difficult time, you can now have memorial trees planted in a National Forest in memory of your loved one.
Funeral services provided by:
Turlock Memorial Park & Funeral Home
MAKE A DONATION
MEMORIES & CONDOLENCES
10 Entries 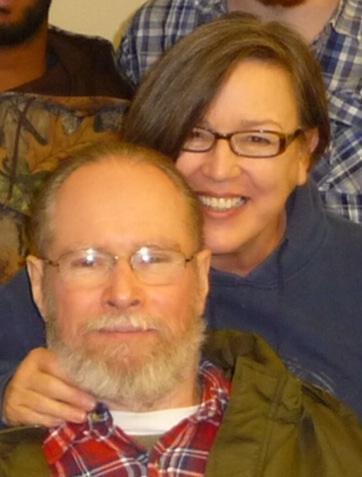 Betty, seems like I just got the news of your marriage, sorry for the loss of this wonderful man to you and your families.
With love,
Dixie
July 23, 2015
Ann, I adored your handsome father, a brave WW2 pilot, a gentleman, humorous and kind with a killer smile. It was an honor knowing him. I am so sorry for your loss. Jane Giesbrecht
February 9, 2015
Dear Chris, Kevin and Ann I'm so very sorry to hear of "Uncle" Mel's passing. I just read it this morning. I have so many wonderful memories of family picnics in your backyard and Christmas time. We were so very fortunate to have grown up with parents who enjoyed family time.
Pam Blake [Bowland]
January 4, 2015
Sorry for your loss and may memories be your support at this time of grief. I served with Mel in the Stockton unit of the AF Reserve many years ago. Earl Johnson, Chief Master Sergeant (Retired)
Earl Johnson
January 3, 2015
Sending my deepest sympathies to my dear friend Anne, her brother Chris, Mel's wife, Betty and their families. Your father/husband was always so fun to be around, sharing his stories, jokes, or words of wisdom. He heroically served our country with pride, because that is what kind of special person he was. He will be missed by many. God bless you all during this difficult time. You are all in my thoughts and prayers. Rest in peace Mel!
Roxann Foster
January 1, 2015

Condolances from the Montana Smith Family. Dad (now 98)was Mel's Navigator on their "OSS" Missions during WW2. Mel flew Dad and crew back to the U.S. in May 1945 in a war weary beat up B-24. Attached is a photo of Mel and part of the crew in Stockholm Sweden, during an OSS mission in 1945. (Mel is second from right) Mel's piloting skills brought the crews home saefly.
Doug Smith
January 1, 2015
To a fellow Airman and Kiwanian from years gone by.Many laughs at Kiwanis. Rest in Peace my friend.
Bob Folino
January 1, 2015
Rest in peace!
Audrey Dermond
December 31, 2014
I sat next to Mel Westbrook at breakfast every Friday for the last 7 years at the Kiwanis Club of Greater Turlock meetings at Latifs. Mel was a kind man and had a great sense of humor. He will be missed by me and every member that knew him in the club. Rest in peace Mel. We will always remember you!
Audrey Dermond
December 31, 2014
With Love
Jason and Lindsay Jimenez
December 30, 2014
Showing 1 - 10 of 10 results