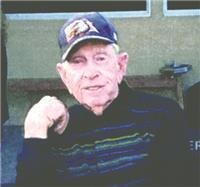 BORN
1932
DIED
2021
Donald Lee Andrews, age 89, passed away peacefully at his home on Thursday, August 12, 2021. He was born April 23, 1932 in Foss, Oklahoma.
Don was a resident of Bullhead City for over 50 years and played a large part in the growth and development of Bullhead City. As a Contractor/Builder he was highly respected for his knowledge and expertise in Residential, Commercial and Industrial Construction. Don was an avid golfer involved and devoted to Chaparral Country Club, being one of the original four players to play the front four holes on the course. Prior to his passing he was the longest living member of the country club. Don was also involved with the Veterans of Foreign Wars and The Elks Lodge.
Don was preceded in death by his wife of 65 years, Connie; son, Donald T. Andrews; sisters, Vinnie Lou, Ida Faye and Shirley Lee.
Don is survived by his daughter, Melinda Andrews; sisters, Delma Raye Wingo, Sharon E. Sweesy; three brothers, Thomas, Ray and Brian. In addition he is survived by granddaughter, Dawnalea Boyett; grandson, Terrance Stack; six great-grandchildren; three great-great-grandchildren; and numerous nieces and nephews.
A celebration of life will be held at 12 pm on Sunday, August 22, 2021 at the Chaparral Country Club, 1260 Mohave Drive, Bullhead City, AZ.
As the oldest and longest living member of the Chaparral Country Club, it would be Don's wish that in lieu of flowers, donations be made in his name to Chaparral Country Club for needed repairs.
Published by Mohave Daily News Online from Aug. 19 to Aug. 26, 2021.
To plant trees in memory, please visit the Sympathy Store.
MEMORIAL EVENTS
Aug
22
Celebration of Life
12:00p.m.
Chaparral Country Club
1260 Mohave Drive, Bullhead City, AZ
MAKE A DONATION
MEMORIES & CONDOLENCES
0 Entries
Be the first to post a memory or condolences.