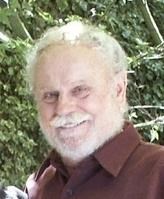 BORN
1920
DIED
2016
Joe Klaas
March 24, 1920 - February 25, 2016
Monterey, CA
Author, mentor and maverick Joe Klaas passed away peacefully in Monterey, CA on Feb. 25. He was 95 years old. Joe earned a Masters Degree from the University of Washington in Creative Writing. He went on to author many books including: Amelia Earhart Lives, The 12 Steps to Happiness. His most notable book, Maybe I'm Dead, a New York Times bestseller, chronicled Joe's 2-year internment in a Nazi prison camp during WWII and subsequent sub-zero death march through Poland. Joe flew Spitfires as a fighter pilot for the Royal Air Force and United States Air Force and retired from the Air Force Reserve with the rank of Lieutenant Colonel. Joe's greatest achievement was his 54+ years of sobriety, which he attributed to Alcoholics Anonymous. As a "friend of Bill W.", Joe helped hundreds of people achieve serenity. Joe was a world traveler and an avid movie and theatre lover. Joe is survived by his beloved wife of 68 years, B.J., five children and 6 grandchildren. He was greatly loved and will be sorely missed.


View the online memorial for Joe Klaas
Published by Monterey Herald Obits on Apr. 2, 2016.
To plant trees in memory, please visit the Sympathy Store.
MEMORIAL EVENTS
To offer your sympathy during this difficult time, you can now have memorial trees planted in a National Forest in memory of your loved one.
MAKE A DONATION
MEMORIES & CONDOLENCES
Sponsored by Monterey Herald.
10 Entries
I never knew you, but I've had your book, 12 Steps to Happiness for many years. I reread it recently, while trying to understand my non committal and addictive nature. I've been in 12 step programs for years, always having trouble with Step 4 & 5. I've never understood these words, as I'm seeming to now. INVENTORY is not a HISTORY. Words can't begin to explain my full gratitude. Your legacy lives on.
Michele (Mickey) Rover
October 19, 2018
I met Joe in 1961 when I began working with him at Radio KYA in SF. The very first day we took a cable car down to Tro Harper bookstore and he bought me Maybe I'm Dead. I knew then that my new friend was a Legend. As an AF Reservist, I then joined Joe in his squadron at Hamilton AFB, where he was a Lt. Colonel. He was my commander. As enlisted,I was to be his batman (aide). He would often take me into the officers club at lunch, which was a no no. But when they saw his RAF Eagle Squadron emblem on his dress blues, then that was the end of it. No one would mess with Joe.What a man. A real man. He was The Yank in the RAF.I have been blessed to know him, Ace pilot, POW, great writer, great family man... crazy(on a dare, he flew a plane through the Moffett Field dirigible hanger), maverick, mentor,;truly a genius. I shall miss him.
Dave Heckenlively
July 28, 2018
Joe's kindness, insight, and humor helped me through the most trying times in my life. He was a bright light and a gift to the human race.
Linda Boroff
June 6, 2018
Joe was instrumental in my recovery and a confidant extrodenaire. Somehow my issues were always understood, and distance could not diminish his helpfulness and love. Miss ya brother...
Richard Hefner
Friend
January 25, 2018
Dear Mrs. Klaas,
I send you and your family my condolences. I'm so sorry that your family lost such a special leader and mentor. I met you both many years ago, in Petaluma. My late husband, Sanford Friedman (Sandy) & I grew very fond of Joe, you and your family. God bless you and Joe.
Love,
Cheryle Friedman
January 2, 2017
Love you all!

Alma obegi
Alma waters
November 7, 2016
I hadn't heard you "Left The Room" Joe. I had this voice tell me to check online and sure enough this site popped up.

I Haven't seen you in over 10 years but will always be grateful for all your service and willingness to travel to speak no matter what was going on in your life personally.

Thanks again buddy. Good Luck On Your Next Adventure!
Marc Schoenitzer
July 31, 2016
Mrs Klaas - I never met you during my time at the VA Clinic on former Fort Ord, but always looked forward to seeing Joe. He was such a sweet, wise man. Always wearing a beautiful smile. I will miss him greatly. My deepest sympathy to you and your family.
Connie Redman
April 4, 2016
Joe and I shared many stories in the meeting rooms we attended, I will never forget the light that shone in his eyes every time we talked, god bless his family.
Ed Engquist
April 2, 2016
For all of us who knew him, we know he certainly lived life to the fullest and will be sorely missed. Peace to the Klaas family!
Laura Cote
March 31, 2016
Showing 1 - 10 of 10 results